Remember those ten books I bought for the kids which they ignored in favour of cardboard? Well, they've finally read - and, crucially, liked - them all.
Here they are, with our (slightly banana-encrusted) thumbs up:
Fiction For Both My 2 and 5 Year Old 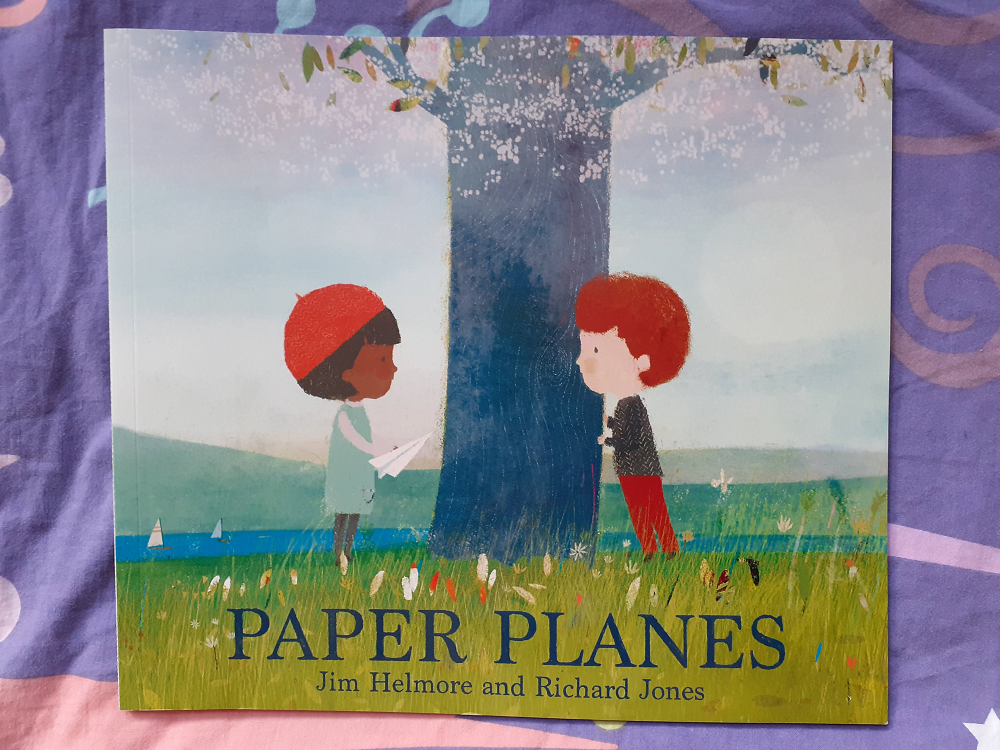 Paper Planes by Jim Helmore and Richard Jones
Best friends, Mia and Ben, live next door to each other and love making paper planes together. When Ben moves away, they are both devastated. There are many things I like about this book but perhaps my favourite is that it shows a little girl feeling and expressing anger (without any follow up moralising). 5yo is particularly taken with it as she aspires to engineer complicated paper planes. 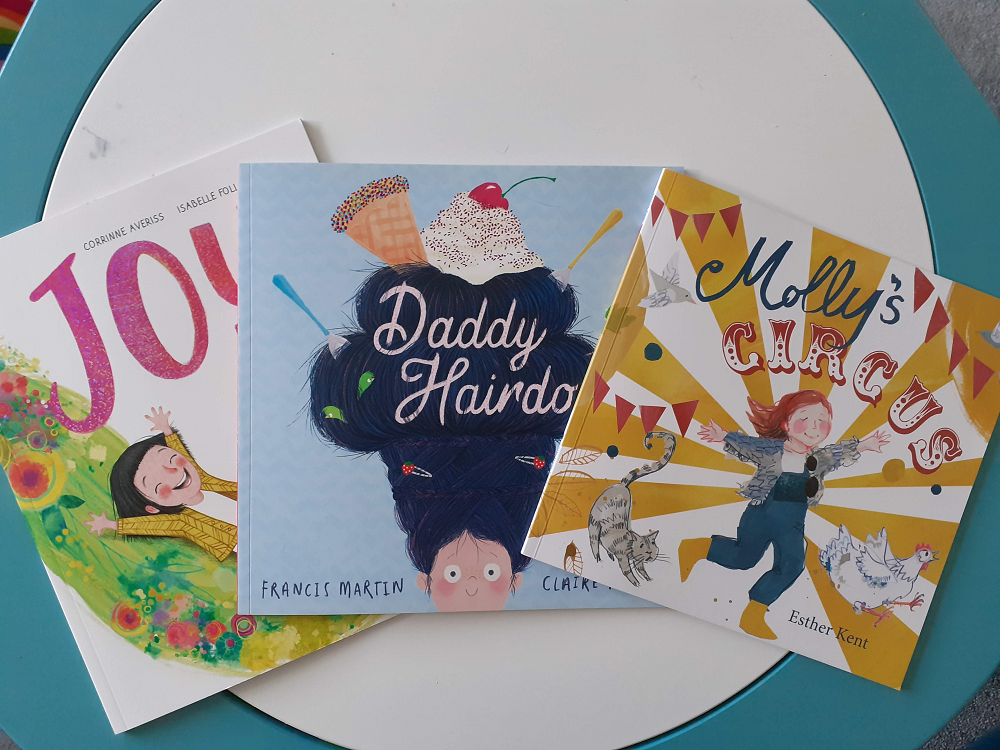 Joy by Corrinne Averiss and Isabelle Follath
Fern's Nanna has seemed very sad recently, so Fern heads out with a bag and a box and various other containers to find and catch her some joy. Unfortunately, Fern doesn't manage to catch any joy, but when she visits Nanna and tells her about the wonderful things she has seen... well, you can guess what's coming, right? I love the focus on noticing small pleasures and the illustrations are bursting with energy.
Daddy Hairdo by Francis Martin and Claire Powell
I (or, rather, the kids) gave Steve this one for Father's Day - it's surprisingly hard to find a book about a dad which isn't just a twee "Daddy gives the best hugs and fixes my bike" stocking filler, but this fits the bill. Amy's hair is so long it's becoming a real problem for her, but she's not ready to cut it so her dad trains as a hairdresser and creates elaborate hairdos for her. Spoiler: the hairdos are so big she eventually decides to get a haircut instead. A good book if you're trying to subtly nudge your kid past the "I want princess hair like Rapunzel" stage - we all enjoyed it.
Molly's Circus by Esther Kent
Molly imagines a circus in her garden. Eh... that's it. It's beautifully illustrated but I wasn't exactly blown away. I didn't think the kids were paying much attention to it, either, but the next day they started playing at circuses in the garden - I guess they got more out of it than I realised! 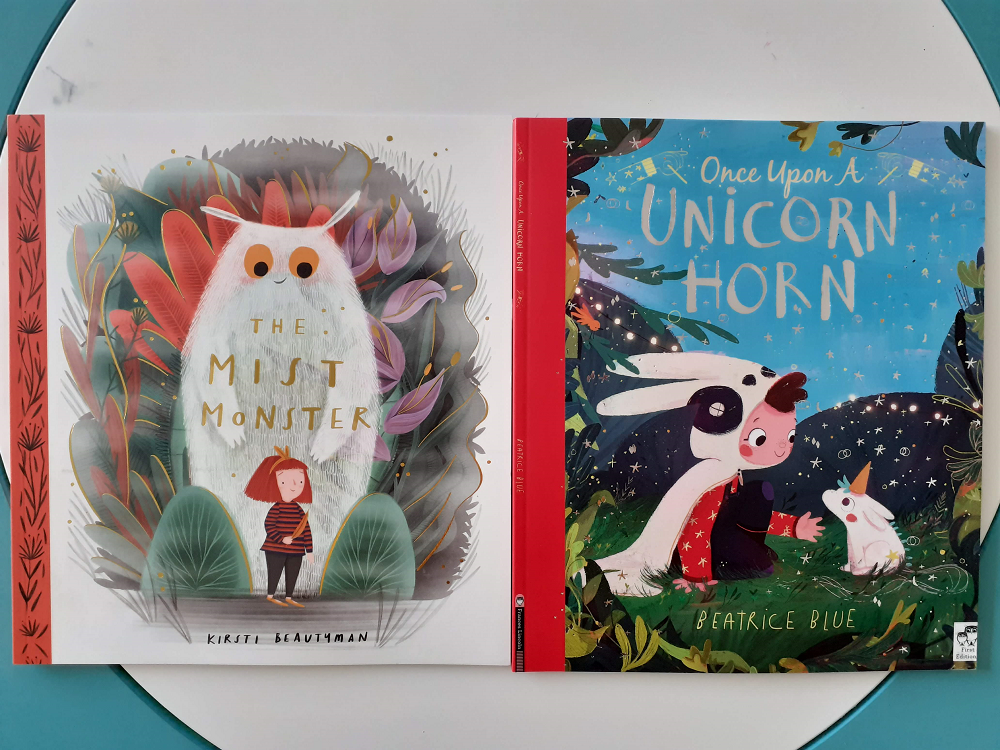 The Mist Monster by Kirsti Beautyman
Penny and her dad have moved to a new house. Penny doesn't want to go exploring without her mum's hat, but their dog has run off with it - Penny chases after the dog and befriends a mist monster called Morris along the way. This is a lovely gentle book touching on loss of a parent, brave new starts and forming friendships - there's not a sledgehammer lesson in sight, but there's enough to it for my 5yo to figure out the subtexts and ask questions.
Once Upon A Unicorn Horn by Beatrice Blue
I love this book so much (and the kids are pretty taken with it, too). This is the story of how unicorns got their horns - it was all down to a little girl called June and an ice cream cone sprinkled with magic. The illustrations are absolutely gorgeous, the story is simple enough for both my 5yo and 2yo to enjoy, and I particularly like that the magic is presented in such a way that you can believe every single bit of it is real, if you wish, or you can smile at the parents humouring their whimsical little girl, if you're a cynical grown up. 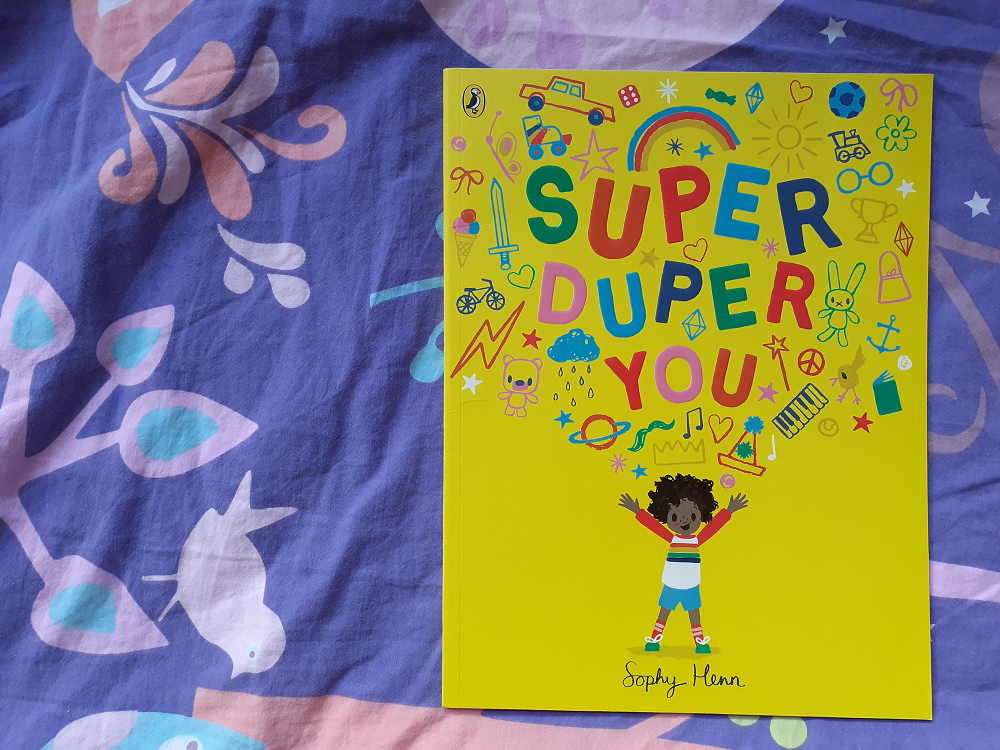 Super Duper You by Sophy Henn
We've been fans of Sophy Henn's since 5yo was a baby (the Pom-Pom books!!!) - her artwork is gorgeously retro. I had put off buying this one because I knew it wasn't actually a story - it's one of those books which is all, "You're so great, little kid; here are some reasons you're great, told in a twee rhyme to make your mummy cry" and my kids generally hate those (I'm not a big fan myself although I've been known to sob through some of them). Anyway, I decided to chance this and I'm so glad I did because it's perfect for my 5yo - she takes it to bed and accepts that every word about the arty, energetic, sometimes good, sometimes bad, sometimes heroic, sometimes sparkly little girl has been written specifically for her. And it looks great, too. 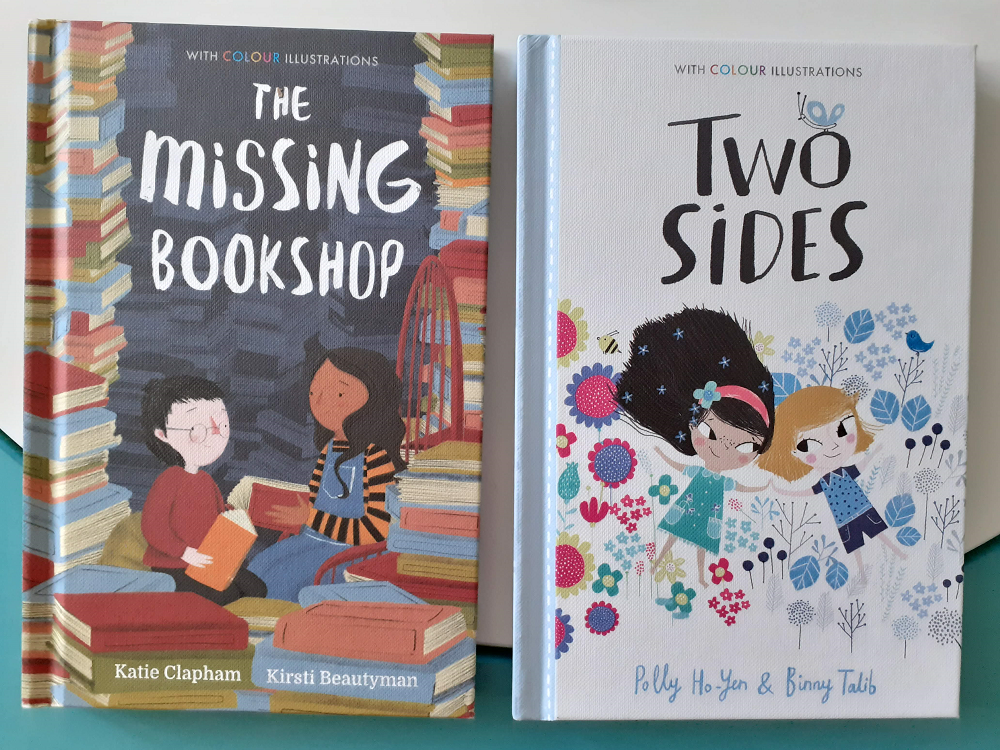 The Missing Bookshop by Katie Clapham and Kirsti Beautyman
Milly loves going to her local bookshop. When it closes down, she is devastated - but then she accidentally starts a campaign to reopen it (and what do you think happens next?). Okay, this is actually a bit sickly sweet, but I forgive it because, firstly, bookshops deserve our sentimentality, and, secondly, right in the middle of lockdown, kids need to know that normality can and will be reinstated if we all want it badly enough.
Two Sides by Polly Ho-Yen and Binny Talib
Lula and Lenka are best friends, despite being opposites in every way. But then they have a falling out about something seemingly trivial and neither of them is prepared to be the one who tries to patch things up. This flips back and forth between Lula and Lenka's voice with only a change in font to let you know who's speaking, so the reader does need to be capable of understanding that - 5yo needs a bit of support with it - but it's a sweet book for kids who are trying to get their heads around playground drama.
Non-Fiction for Five Year Olds 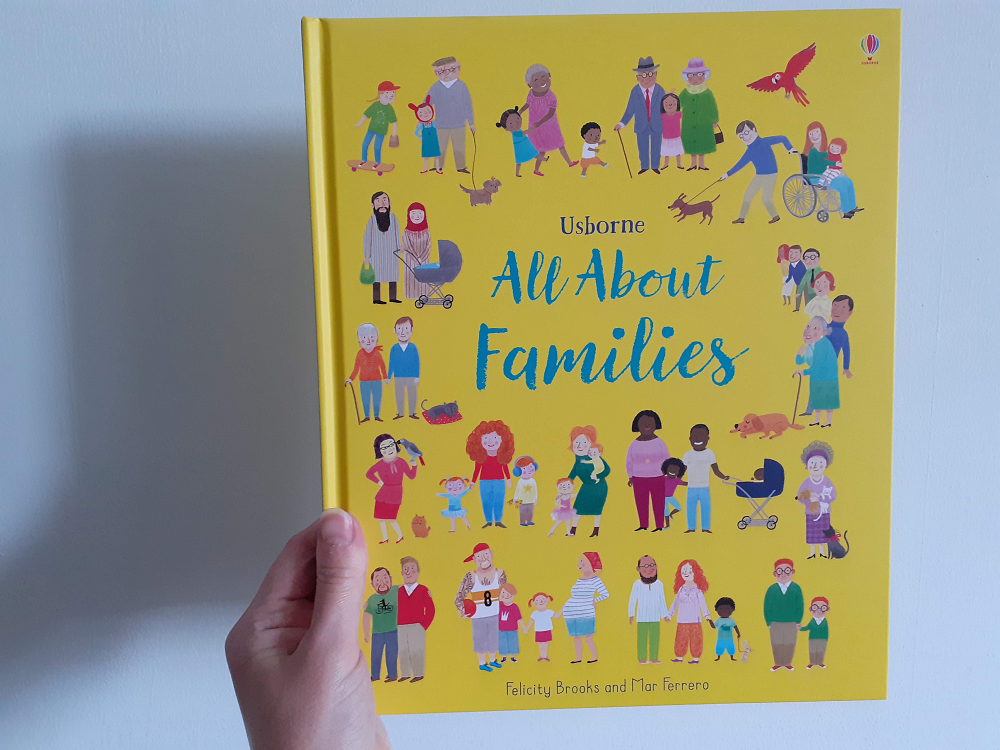 All About Families by Felicity Brooks and Mar Ferrero

Non-fiction is always a bit hit or miss with 5yo, but she absolutely loves this - we read it over and over again. It's a wonderful book including families of all shapes, sizes, colours and blends. There are several gay couples, people in wheelchairs, someone speaking sign language. It covers adoption, fostering and kinship care, divorce, single parents, marriage and cohabitation, homelessness and one family which I take to be asylum seekers, although it's not explicitly stated. 5yo has so many questions and reading this has opened her eyes to the many different types of families she personally interacts with. It has also broadened the games she plays with her baby dolls. She loves it so much, I have just ordered her the All About Friends book, too.
(There are no affiliate links or gifted items in this post, for the record. Truthfully, I still rely on Amazon far too much, but I've linked to Hive in attempt to pretend I have scrupulous morals)
Email Post
Labels: babyccino table books books kid stuff