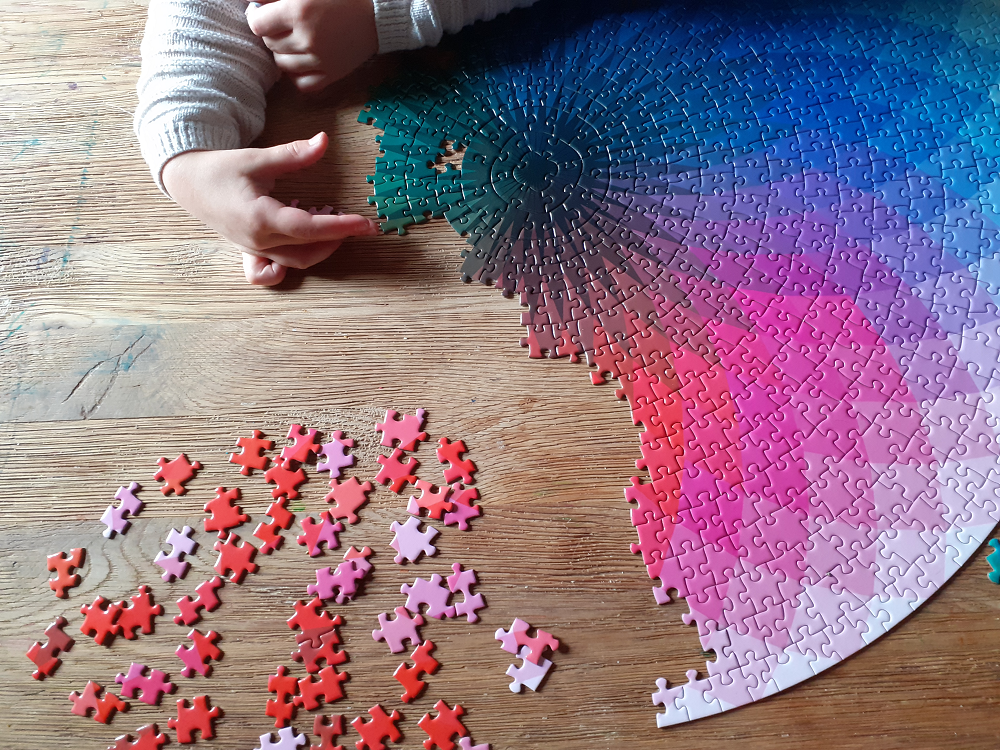 Let me be honest: the past two weeks have not been my best.

I haven't had a good night's sleep in weeks. I'm kept awake late by the giggling of our downstairs neighbours' illicit get togethers and I'm woken early by shouts of, "That's MY Elsa!" When things do finally go quiet, my brain cries, "Great! The perfect time to count all the letters in the phrase 'inconsequential musings' and try to divide them into neat little sets of four!"
It has even started waking me up in the middle of my dreams to complain about nonsensical plot points. Brain, I'm sure my subconscious had a perfectly good reason for telling itself a story about Joe Wicks and the three teenage sons he doesn't have videoing themselves crying because Tesco was out of soup - let it do its thing.

Our oven packed in. In the middle of lockdown, you can't just go, "Argh, a small part failed but it was several years old - let's throw the planet to the wind and buy a new one!" - I'm not carrying a cooker up the stairs. I considered ordering a replacement part and fixing it myself (back when it was still legal to risk your life playing working with electricity without any formal training, my job involved servicing 480 volt machinery - I am dangerously cocky) but we didn't want to have to wait a week to eat pizza so we paid a guy in PPE instead.
To be clear: he was wearing PPE; we didn't pay him in face masks. I think I can fix a cooker but I sold my sewing machine in a huff because I couldn't adjust the tension.
I've done some spectacularly bad parenting lately. I threw a packet of Dairylea Dunkers across the kitchen (only the second time I've ever thrown food; the first when I haven't been pregnant) and I kicked a box of Duplo (when the children weren't looking). I cringed when I overheard my children sternly criticising each other - where could they have learned that from? And I've generally been a bit snappy and attached to my phone.

The kids' moods haven't been any better. I don't know which of us woke up grumpy first, but it's hard for three people to stay perky when any one member of the group is lying on the kitchen floor, screaming incoherently about porridge. It brings the other two down.
And, of course, the world is in turmoil. Black people have had to remind white people that their lives matter - again. Trans people would like to use the toilet. Hugging our loved ones could kill us. And we're all So. Damn. Tired.

But.
But... I'm trying to pull myself out the other side of this funk.
I've been having socially distant wanders around the park with Emma. I've taken my five year old to look at her BFF's new ducks. I'm limiting my news intake to once or twice a day and sites which don't go in for hyperbole. I'm keeping a few evenings completely to myself - no conversation with Steve, no telly, no video calls, just books and a mug of hot oat milk chocolate.

I'm trying to get the kids and myself back into our routine. The part of me which likes to think I'm spontaneous (based on minimal evidence) and the part of me which likes to make colour coded spreadsheets (mmmm) have done battle, and lists and schedules have won. But only sneaky ones which the kids don't know I'm foisting upon them.
It works.
Mostly.
As much as anything can when you mix small children and a mother with cabin fever.
Overall, it's good.
But how are you? Tell me your highs and your lows.
Email Post
Labels: Covid life the week I've had