19 Things Which Did Not Signal Imminent Labour

No matter how a woman's feeling towards the end of her pregnancy - serene; fed up; unbearably excited; nervous about what comes next - there's one thing almost all of us have in common: obsessive googling of early labour symptoms.

I had thought, second time around, I'd spend a lot less time thinking about this. After all, I know what my symptoms were with MM: my waters breaking and my first contraction. I knew there was no point looking for signs.

But, still, I found myself analysing every twitch and twinge. Was this routine third trimester stuff or was I about to go into labour?

It's such an odd experience, waiting around for such a massive event to occur, with no idea of when it's actually going to happen - it's no wonder so many of us spend so much time searching for answers. Perhaps the cramping doesn't mean much, but surely runny noses are a guarantee that we have less than ten hours to go?

And nor, I discovered, were any of these things: 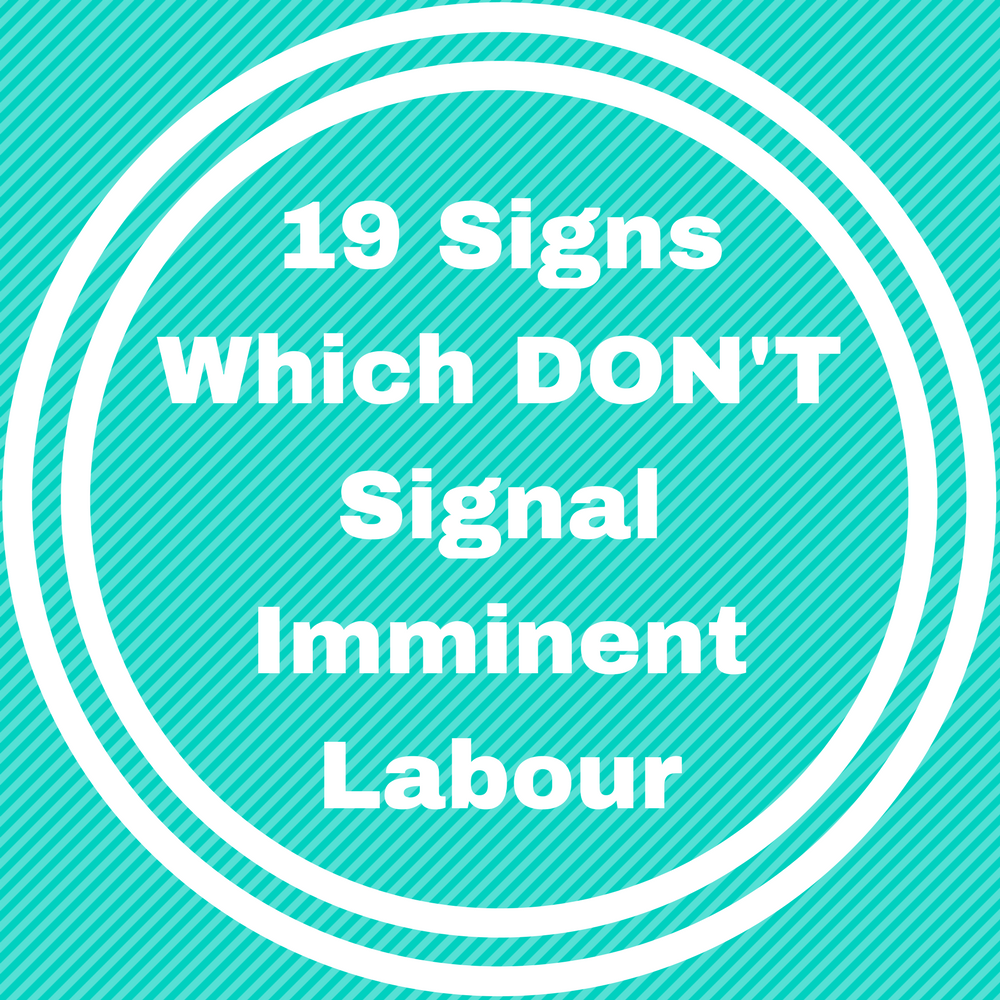 The answer was: no, it was not.

If I had a few days without any Braxton Hicks, that had to be significant, right? That had to be my body taking a little break, storing up strength before the real thing hit?

Other than a few spots of blood in the first trimester, my gums haven't bled this pregnancy. In fact, last time I went to the dentist (about a month ago), I had a glorious string of zeroes in my notes, confirming oral perfection (unless you count the little bit of plaque she had to clean off and the thirty year old fillings she wants to replace, but, you know: MY GUMS ARE GREAT). So when, on Thursday morning last week, there was an awful lot of blood in the sink, I thought it might mean something.

The Return of The Heartburn

Oh, joy. After a couple of weeks off, it came back.

That One Evening I Didn't Want Ice Cream

What craziness is this? A pregnant evening without a bowl of raspberry ripple? It had to be early labour nausea.

Except, it wasn't. I still have no good explanation.

Those mornings of feeling a bit swirly and a bit flushed and of having to sit down for a while after my shower? My blood pressure was low again so, you know: there was an obvious explanation. Or there was the one which said I was about to go into labour.

The first explanation was right.

My mum likes to tell the story of cleaning the windows two weeks before my due date (in December. In the cold) and her neighbours informing her that I would be arriving that night. She scoffed, but they were right.

Yeah, I cleaned the windows. Nothing happened.

At thirty-six weeks, I reached this glorious point when my bump was big enough not to need propped up at night - I could get into bed, lie on my side and... *drumroll please* ...GO TO SLEEP. Turning over was still a bit of a struggle but it involved a little effort rather than a lot of pain. I was waking up in the morning feeling rested. I was certain - because I remember that I didn't sleep much last time around and I remember that I was asleep and feeling very cosy when labour began - that this was my body getting ready for The Big Day.

It was Just. Too. Uncomfortable. Which presumably meant my cervix had done its weird cervixy thing and changed shape or position or... whatever it is it does in readiness.

Well, some of it, anyway.

The baby didn't show up.

And other minor inconveniences. Surely some sort of last minute hormonal surge, right?

In other bathroom tales: I started... eh... evacuating my system multiple times a day. People talk so much about having a huge clear out the day before going into labour that this got my hopes up.

Nothing happened. Although, as someone who usually has to make an effort re: five portions, lots of water and maintaining adequate frequency, it was at least novel for things to be running so smoothly.

Just... ugh. I was waking up in a cool room with the window open and frost on the ground outside, burning up. Surely - surely?! - this meant labour was about to kick off?

Evidently it did not.

The Cats Being Out Of Sorts

Gizmo was attempting to claim new territory in one of Polly's rooms; Polly was expressing her displeasure in her usual way (I'm spending a lot of time wiping down the basin...). This HAD to be because their super-duper feline senses KNEW the baby was about to pop out, right?

Last time I was pregnant, I had to sleep with a bra and pads to avoid soaking the mattress. This time, I've got off easy: there were occasional crusty bits in the morning, but nothing problematic. So, when I woke up one morning last week stinking of milk (I know it's some sort of sacrilege to say anything negative about breast milk, but UGH the smell!), I thought it might mean my body was READY.

It didn't. And the crusty bits were as tiny as ever. I suspect the real culprit was this:

Okay, yes, my sense of smell has been superhuman since becoming pregnant. That's a standard thing. But it cranked up even further around week 37. "Why are you eating crisps which smell of rubber?" I shouted at Steve, from the far end of the flat. His explanation was unsatisfactory.

And still no baby head to sniff.

"We're all Tuesday babies, so this one definitely will be/won't be." "My mum's just left - it would be really inconvenient to go into labour now. So I will." "Ooh, a Halloween baby would please Steve immensely." "Giving birth on Bonfire Night with fireworks flashing around me? Perfect."

Throughout this pregnancy, I've lost maybe two hairs a week in the shower. Truly, I've been basking in my glossy, almost-as-thick-as-normal-people's hair. Then suddenly I began losing a rather dramatic three or four strands each morning. Which HAD to be significant. It HAD to be.

This is the big one, isn't it? Conventional wisdom is that, second time around, the bump doesn't drop until RIGHT before labour - it plunges down and the baby arrives before the day is out. Well, that's what happened LAST time. THIS time, the bump plummeted down to my ankles (more or less) two weeks ago and I'll admit: I started to get excited.

Despite Google's warnings that the conventional wisdom is nonsense.

Google was right, though: no baby.

I resigned myself to waiting for the real sign: intense contractions.

Except, obviously, that's not true.

I pretended to resign myself to waiting for the real sign. Whilst holding my phone under the table and discreetly searching away.

See also: Why I was hoping for an early birth.
Email Post
Labels: pregnancy