On Family Identities and Second Children 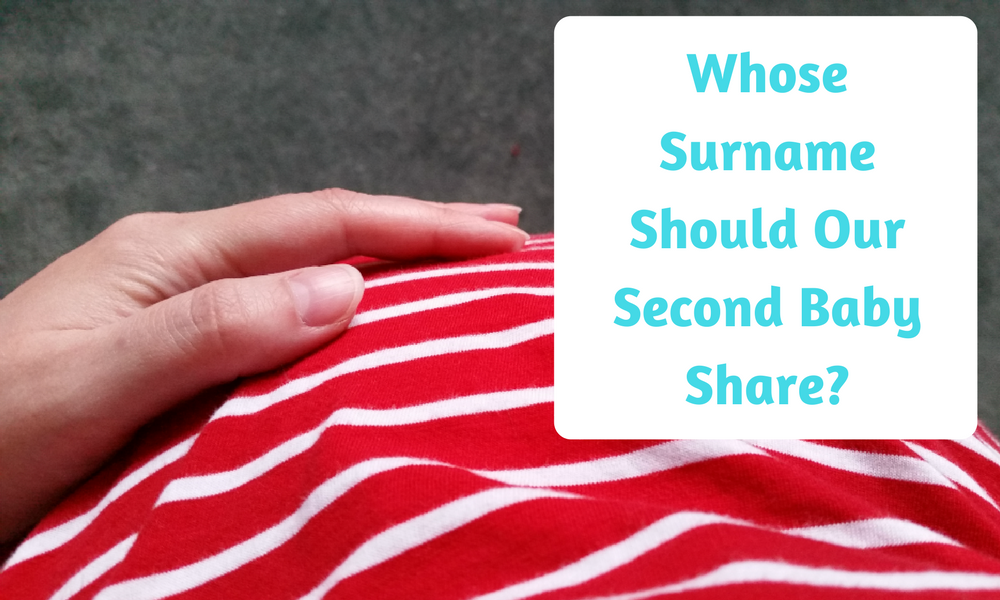 Recently, MM has become interested in surnames. "I'm MM Let's-Say-Smith," she tells me, "and Daddy is Daddy Smith. And Granny Smith and Grandad Smith and my baby will be Baby Smith. And you're Mummy Smith."

And that's that. Until the next time the subject comes up.

One of these days, though, she's going to start asking why I have a different surname from her, and I've not quite figured out how to respond. I had very clear reasons why I was happy for her to take Steve's surname, but they're hard to put into terms a two year old would understand - "You're a Smith because Daddy cared about your name more than Mummy did"?

In the meantime, she's been asking about her friends' surnames. A lot. She loves to repeat them; she revels in the sounds.

But she hasn't asked me what any of their parents' surnames are; I assumed she hadn't given it much thought.

Last week, she had a play date with her new friend, P.

And that's when it clicked: she wanted to know P's surname. And she has already come to the conclusion that children have the same surnames as their dads.

Thinking about it, amongst MM's friends, this is largely true.

This, despite most of her friends' parents being either unmarried or having both kept their own surnames. With the exception of Ruth's kids, all of the offspring have taken their father's family names.

Different couples have different reasons for this, all just as valid as Steve's and mine. Still, it saddens me a little that MM has made a gender-related assumption and that it's being proved right.

It makes me wish I cared enough to go against the norm.

I don't regret giving MM Steve's surname (and I've never once come up against any judgement because of it; in fact, everyone still refers to him as my husband, because we're apparently at an age at which marriage automatically comes before babies), but should I want to give our new baby my surname? Just to even things out a bit? Just to prove to my kids that the man's identity doesn't always eclipse the woman's?

I mean, I'd be happy for them both to have my surname. But not just one or the other.

I remember so many squabbles with my sister about which of us each of our parents loved best (oh, siblings...!) and it feels to me that teaming one child up with my family and one with Steve's would be an extra piece of ammunition: "Mummy loves me best because she chose to call me Rooftops!"

If they were different sexes (and I'm still not confirming that one way or the other!), I also don't think it would be helpful to replace one gender-related rule ("Kids are named after their fathers") with another, albeit family-specific, one ("Our girls belong to Daddy's side; the boys belong to Mummy's").

And, even without that, it feels more important to me that siblings share a surname than that children share a surname with either or both of their parents. It marks the kids out as a team, even if they don't always act like one.

There's no clever, insightful conclusion to this post. I don't think there's one right answer; there's not even necessarily a right answer for my own little family.

But I'm curious what decision other parents reached, when baby number two came along. How many of your family share the same surname - and why?

Oh, and any suggestions for first names would be very much appreciated, too!