How Stand Up Comedy Made Me A Better Parent

Back when MM was just a newborn, I was given the chance to attend a one day stand up comedy workshop in Edinburgh.

Most of my friends greeted the news with horror - several hours of enforced wackiness and it wasn't even a mandatory workplace bonding exercise? Why would I do that to myself?

But, actually, stand up comedy is one of my fantasy careers. I mean, I've never put any actual effort into it beyond smartmouthing ad breaks, but I like to think that I could if I wanted to. I could be the token woman on the panel show.

Anyway. I loved it. It was great fun and everybody there did a passable job of being funny.

And it filled me with excitement about parenting a toddler. 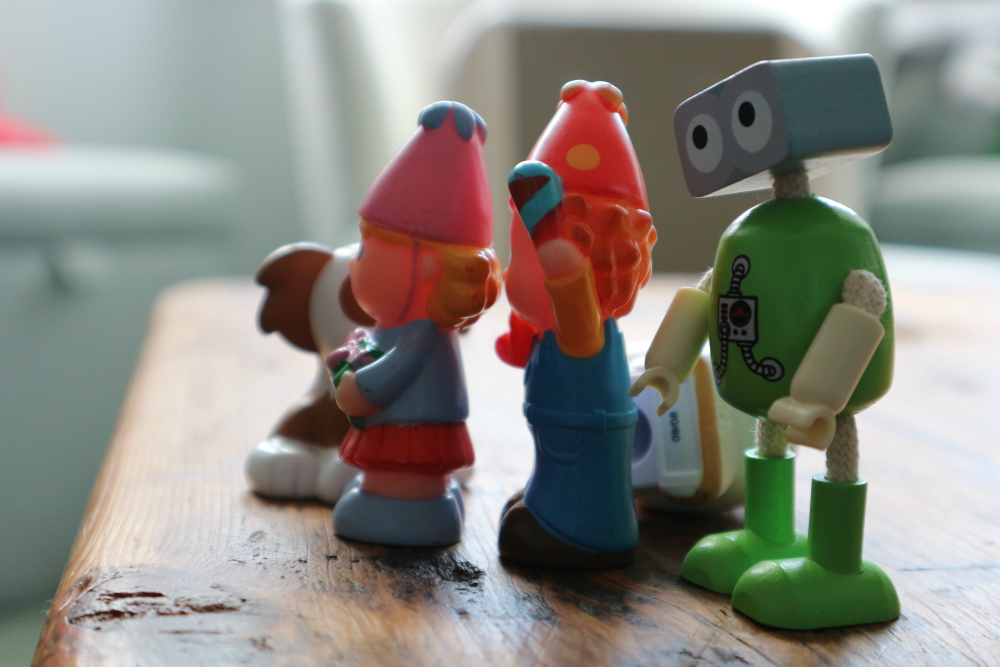 One person improvises a statement or scenario: "Sarah Rooftops is so hilarious she should have her own column in a newspaper."

The next person agrees and expands upon it: "Yes, and a multimillion pound TV deal."

The first agrees and expands upon that: "Yes, and everybody in the known universe would buy her book for Christmas."

"Yes, and she would be an answer in the next edition of Trivial Pursuit."

"Yes, and my kids would want the action figure..."

You get the idea.

We played "Yes, and..." at the comedy workshop, and then we contrasted it with the more standard response: "But..."

"Sarah Rooftops is so hilarious she should have her own column in a newspaper."

"No, but she doesn't really have the work ethic for it, does she?"

"No, but maybe if there was some money in it for her, she might get her finger out and do it...?"
"No, but she's halfway through the last season of Orphan Black - she couldn't find the time."

It was such a change of mood. "Yes, and..." put us all into a happy, positive frame of mind, bubbling with (hilarious) inspiration; "No, but..." brought us all down and made us feel a bit hopeless.

It's the stand up comedy take on positive thinking; it deserves to be given a flowery background and a million pins on "Motivational Quote" boards. 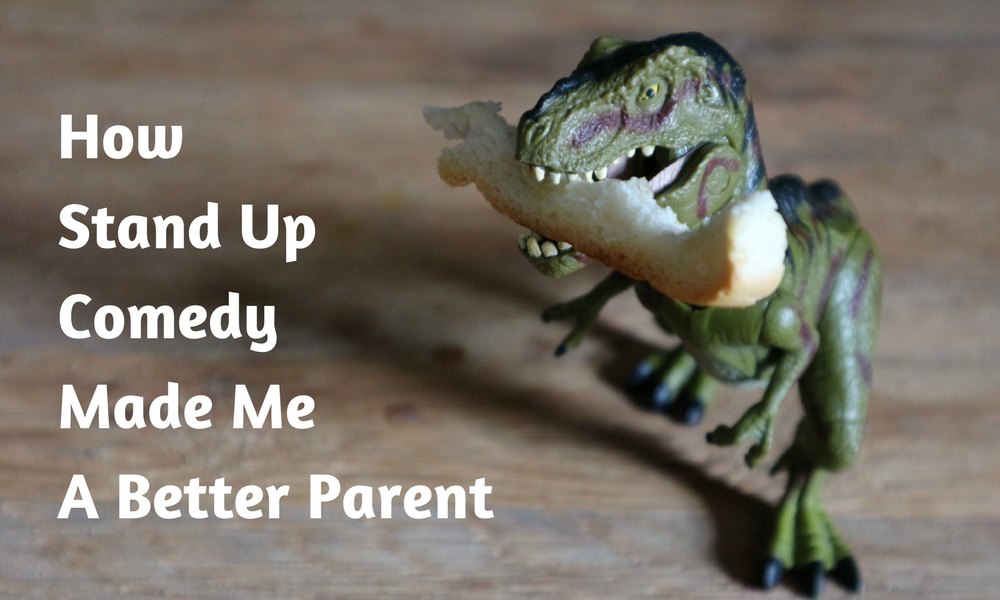 And it struck me as the perfect way to play with small children. I came away from the workshop, eagerly looking forward to MM being old enough to turn cardboard boxes into space rockets and fly round the moon with an elephant and a talking cactus. Or, you know: whatever her interests might turn out to be.

And now she is.

Now she's using her imagination. She role plays. She chats to her toys. She visualises ordinary objects as being extraordinary tools. She has an idea and she explores it.

"Yes, and..." helps her explore it further. When she reaches the limits of her own knowledge and experiences, I'll say, "Okay. How will we...?", "Okay. Where are we...?", "Okay, how about...?" and she'll have a little think and the game will make a jolt forward. We're not just on a bus made out of blankets - we're on a bus made out of blankets that's going to Granny's house and we've got a picnic with us and we're going to show Granny the beach and so on.

But it's not just MM getting more out of her games because of this.

When my head's going, "Oh, no, she's getting out the wooden blocks again..." I find it frustrating having to put down my phone, get onto the floor and engage with the game.

On the other hand, when I convince myself to respond, "Okay, we're building a zoo, are we? Will we need a pen for the monkeys?" my mood shifts. I maintain my focus on the game for... ooh... a good forty minutes. Longer if it involves lying on her bed and closing my eyes.

I go from kind of resenting playing something quite tedious to (mostly) enjoying engaging with my child, (mostly) loving watching her imagination grow, (mostly) appreciating the chance to help her explore her world.

And when I really can't get myself in the zone, I fake it by repeating my parenthood mantra: "It's always less boring than Facebook."
Email Post
Labels: parenting preschooler 3-5 years toddler 18-36 months