The Rooftops Family Garden in Autumn It's cold outside so I'll admit: my main bit of gardening effort at the moment is reading Ken Thompson books. MM, on the other hand, is completely committed to keeping the plants watered and is out there, duck in hand, come torrential rain or shine. 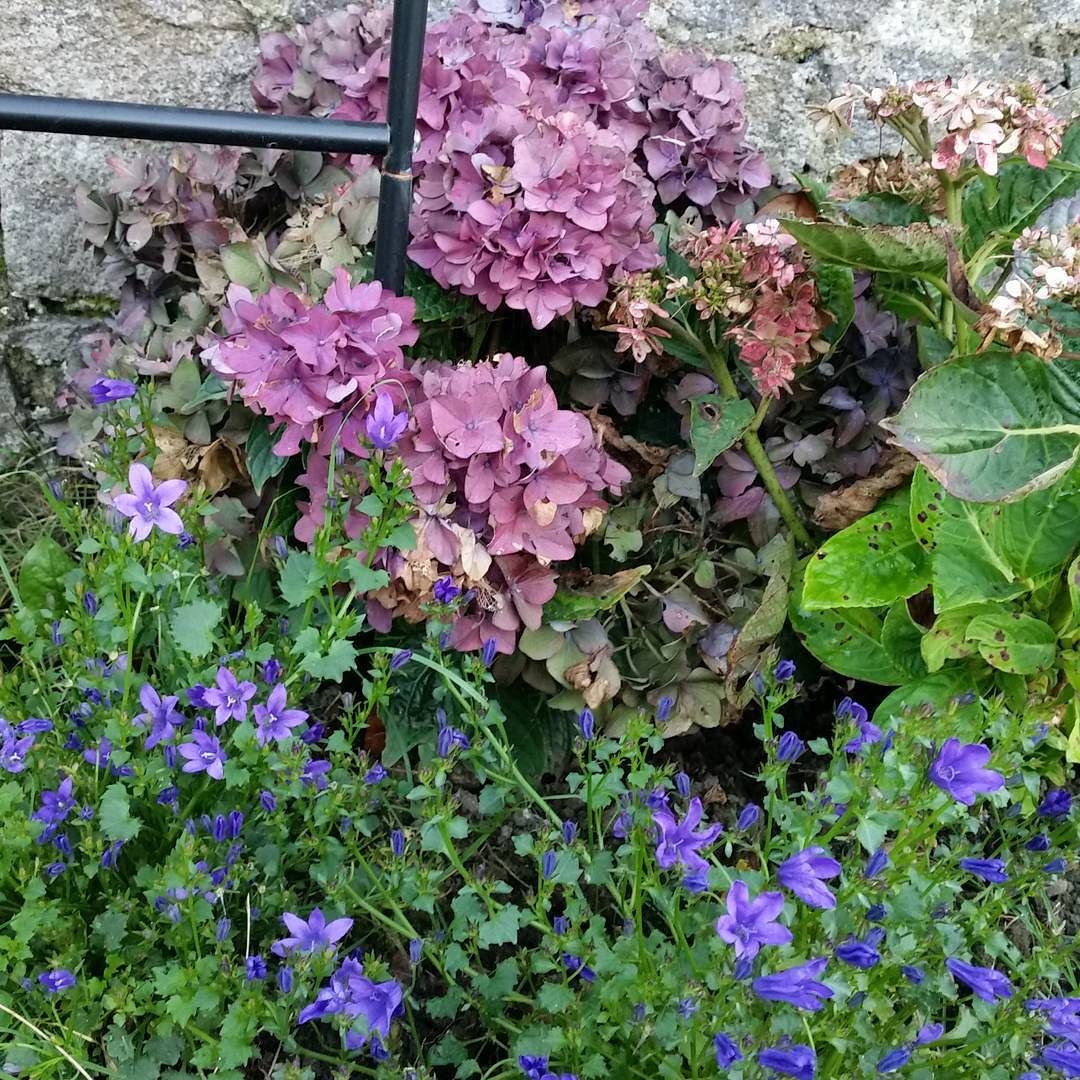 Autumn started off so beautifully. It might be my favourite time in the garden. The kaffir lilies, nerines and campanula were in full bloom; the hydrangeas were fading to chintzy glory; the geraniums had spread themselves across every potentially bare patch of earth; and there was one random yellow poppy bopping about in amongst them all. Stunning. 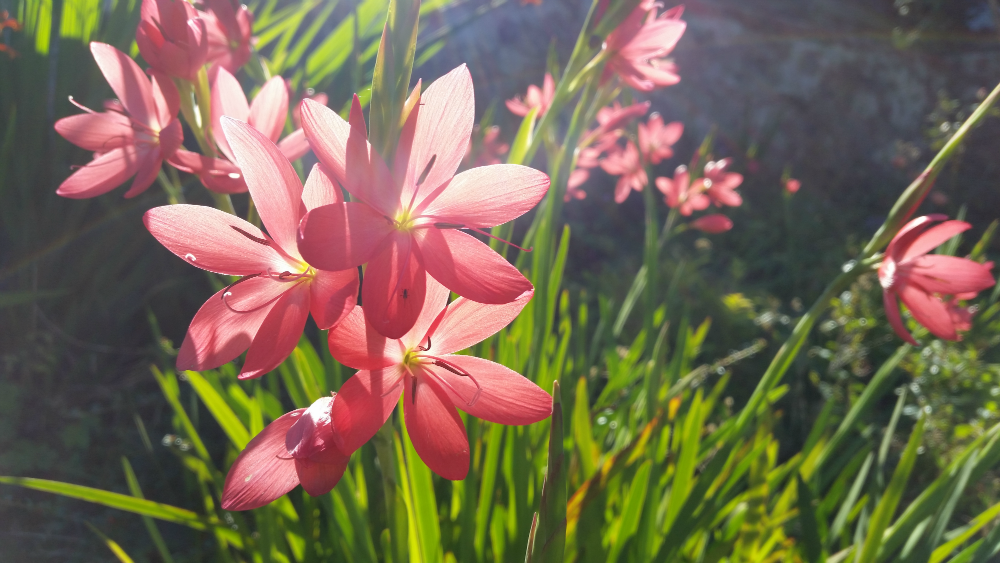 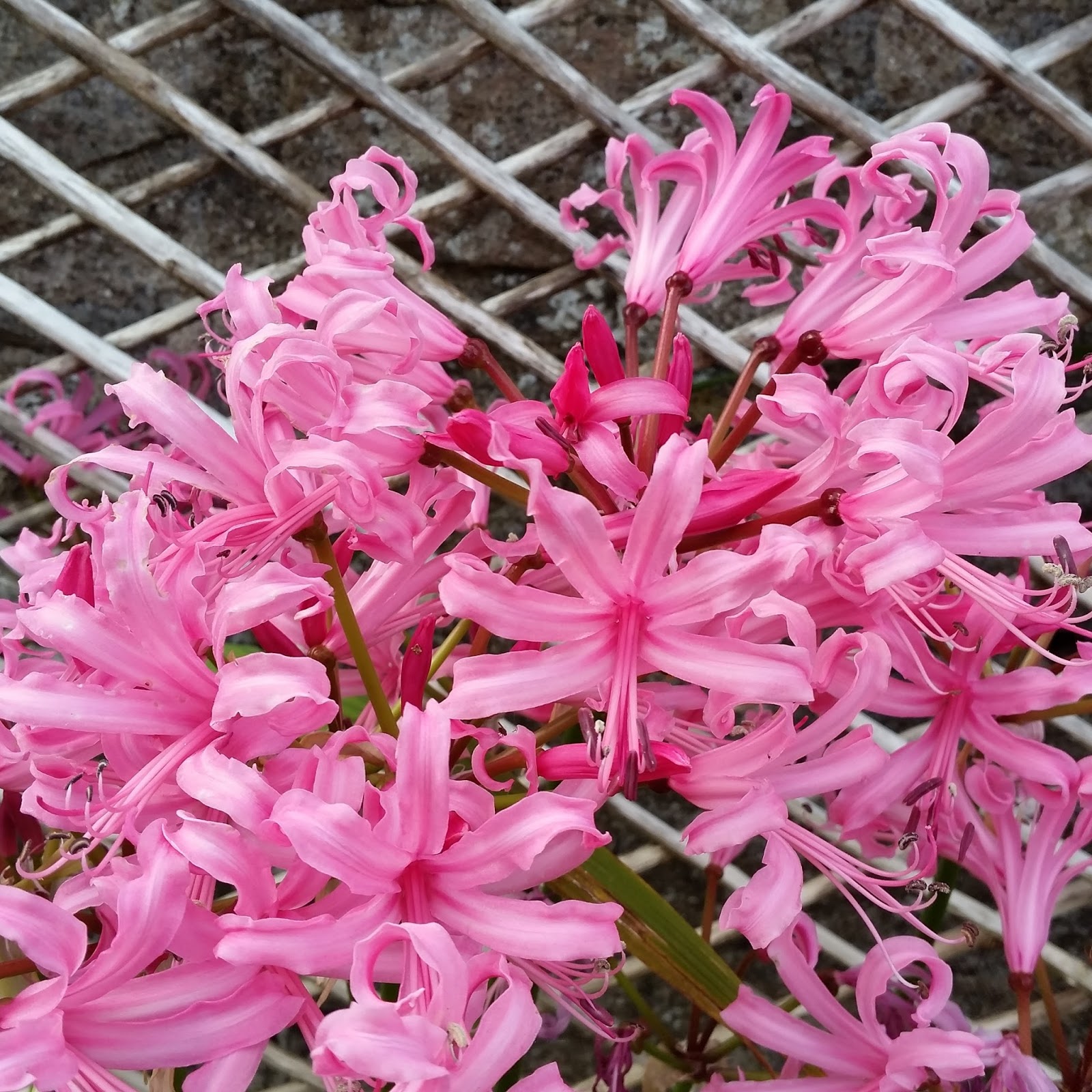 Now, as winter approaches, things are a lot barer. Some of the plants look wilted and orange; some of them have vanished; there's an awful lot of moss. The exception to the desolation is two cotoneaster plants which I'm not sure are supposed to be there (I'm pretty sure they seeded from next door) but which have sprawled out across one flowerbed, dotting the place with vivid green and red. 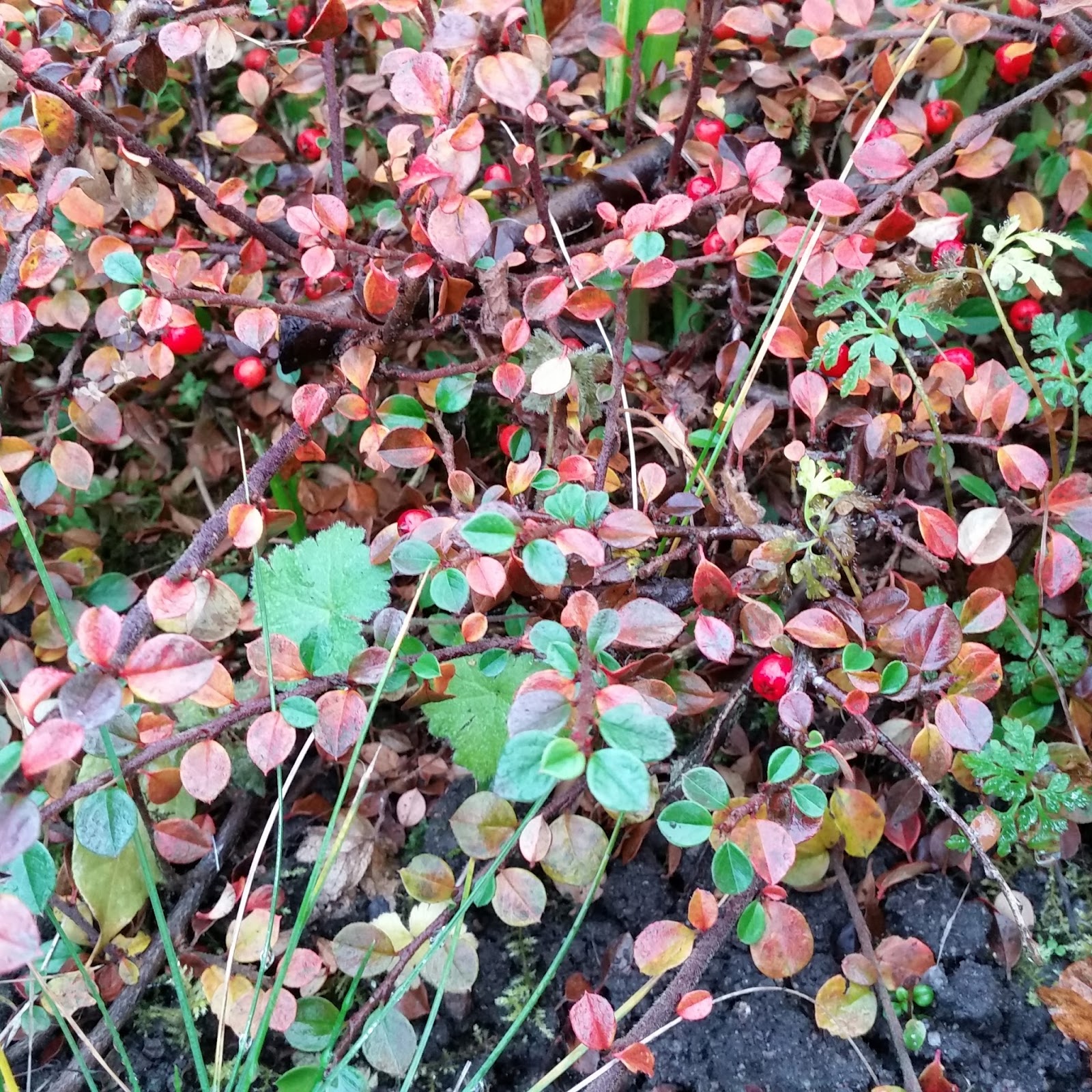 Here's what we've done in the garden since my end of summer update:

Hard pruned the geraniums (because geraniums grow faster than an internet scandal) and roses (because the flowerbeds my child goes stomping around in should not be full of spikes). I also tried to get rid of some of the crocosmia but their bulbs are seemingly made of concrete so they'll have to stay. For now.

Saved the sad old carnation by chopping off all of its healthy bits and poking them, gnarly end first, into the flowerbeds. They all seem to have taken root which makes me feel like the most accomplished gardener ever to wield secateurs.

Fed the birds. The birds are not very interested in our offerings. Or possibly there are no birds left to be interested since the neighbours cut down two big trees. Still: good intentions and all that.

Planted a clematis called Ken. Ken was supposed to grow up a bare trellis which was... eh... hanging around on our wall. Ken got eaten by slugs. Sorry, Ken. 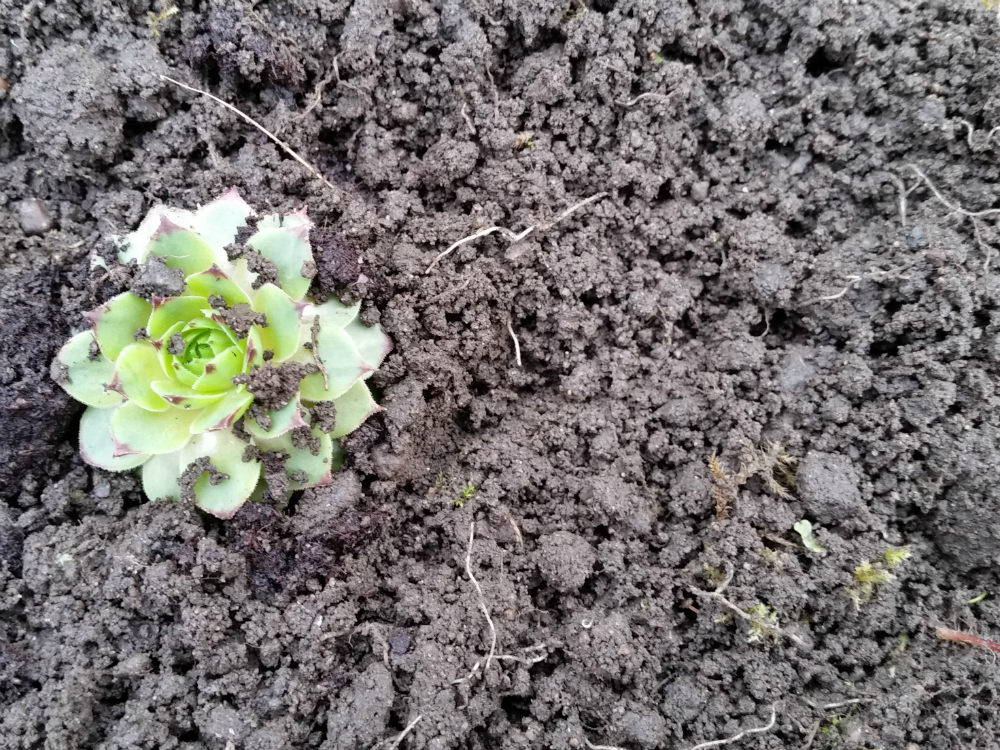 Ordered a selection box of twelve random rockery plants (who knew plant selection boxes were a thing?!) and plonked them around our smaller, mossier flowerbed without any thought as to soil content or sun levels. Some are faring well; a couple have vanished; one got eaten by cats and thrown back up on itself. My hopes are not hugely high here. 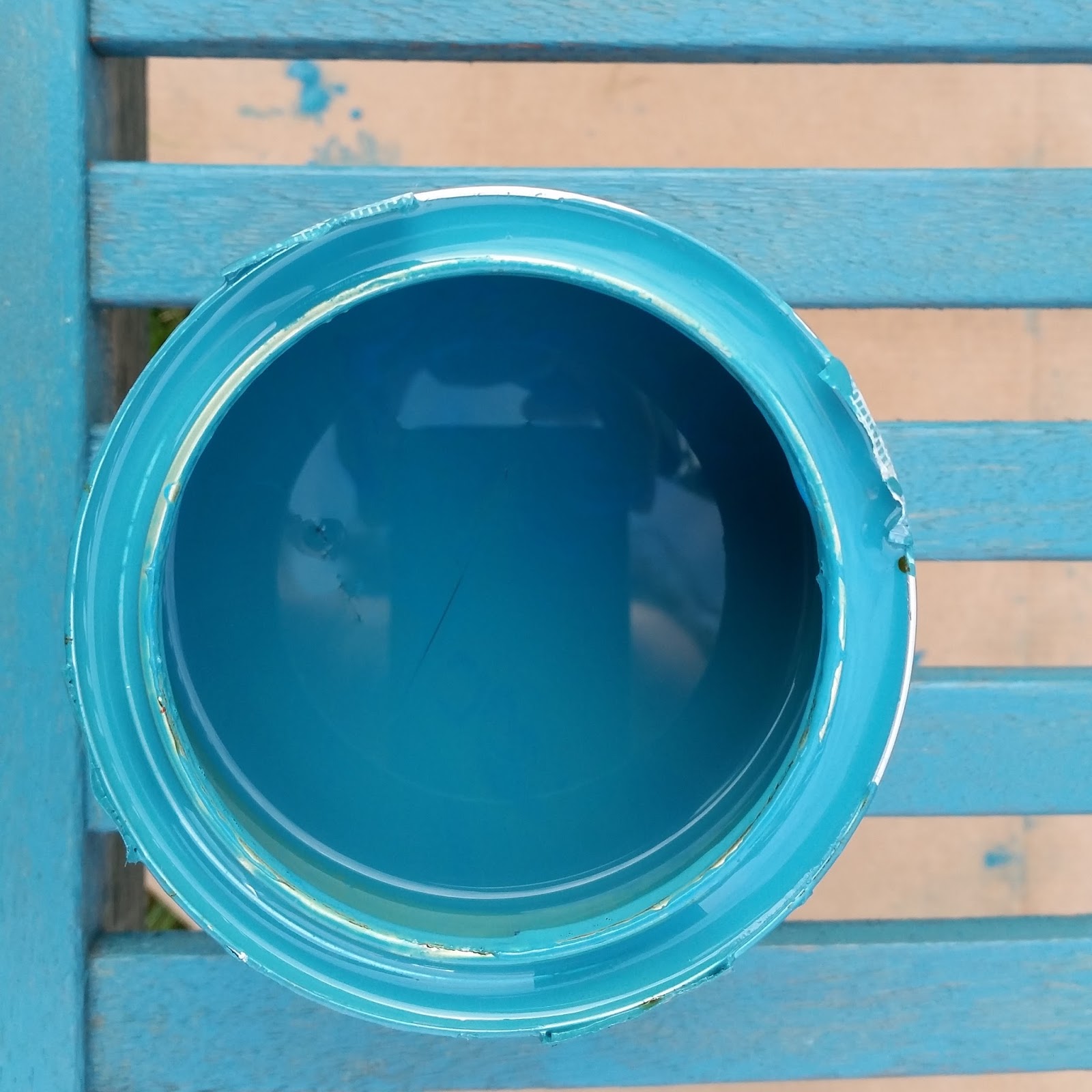 Painted the bench "peacock blue". Which is a lovely colour. Although it looks a bit flaky and rubbish thanks to it getting rained on shortly after the second coat was done. I plan to touch it up when the weather gets better although there's a good chance I'll remember how tedious a job painting a bench is and keep on "forgetting" to do it.

Put a handle on our shed door so we can actually open it in wet weather. Who knows when we might need to get at our collection of all-but-empty tins of paint?! 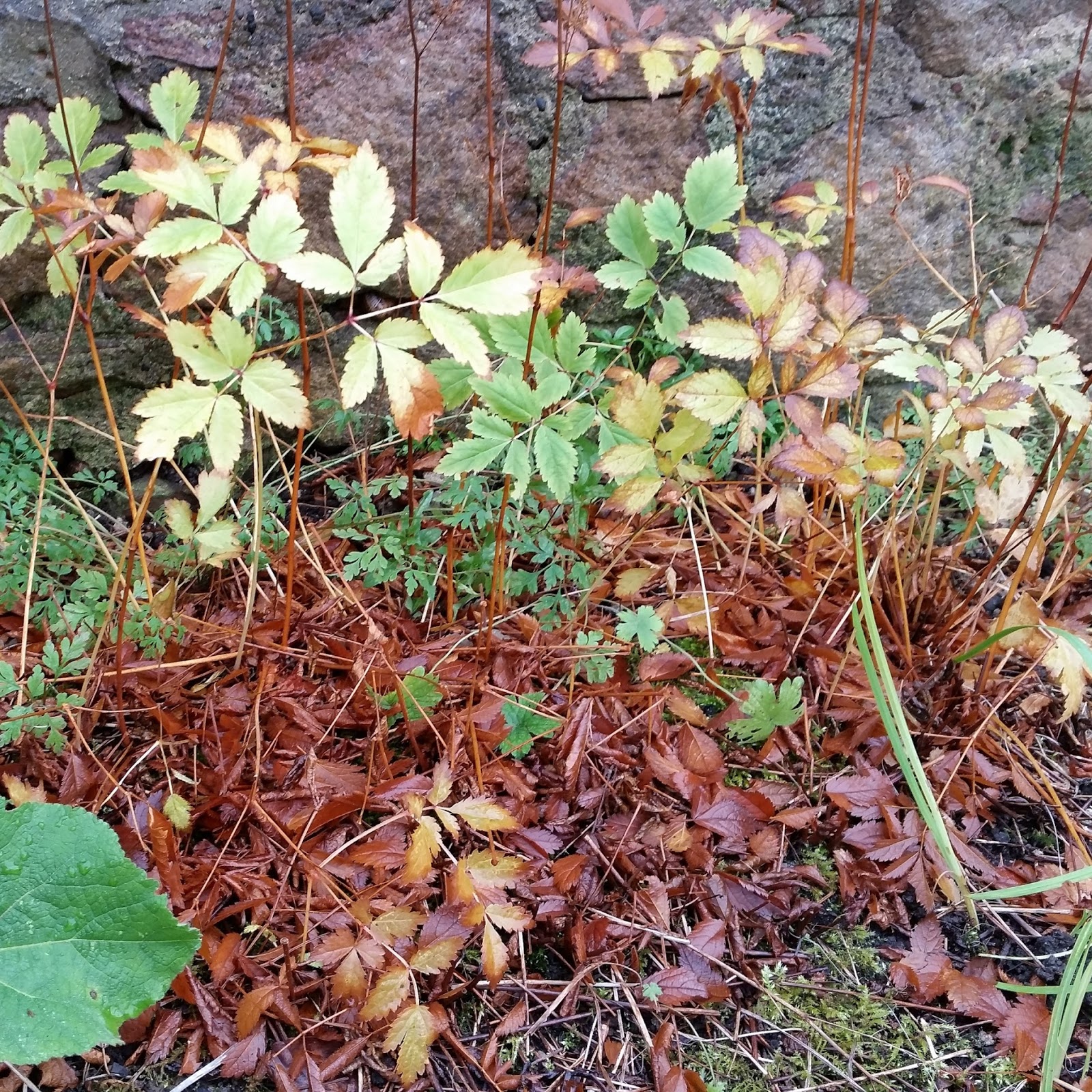 Other than the carnation, I realise this doesn't sound like a particularly successful season in the garden, but I feel like we're getting our head around it a bit more and have a better idea of what we're aiming for.

I'll be back with another update at the end of winter (which might just say "some snowdrops appeared" but we'll have to wait and see).