What's Even Better Than The Good Old Days? 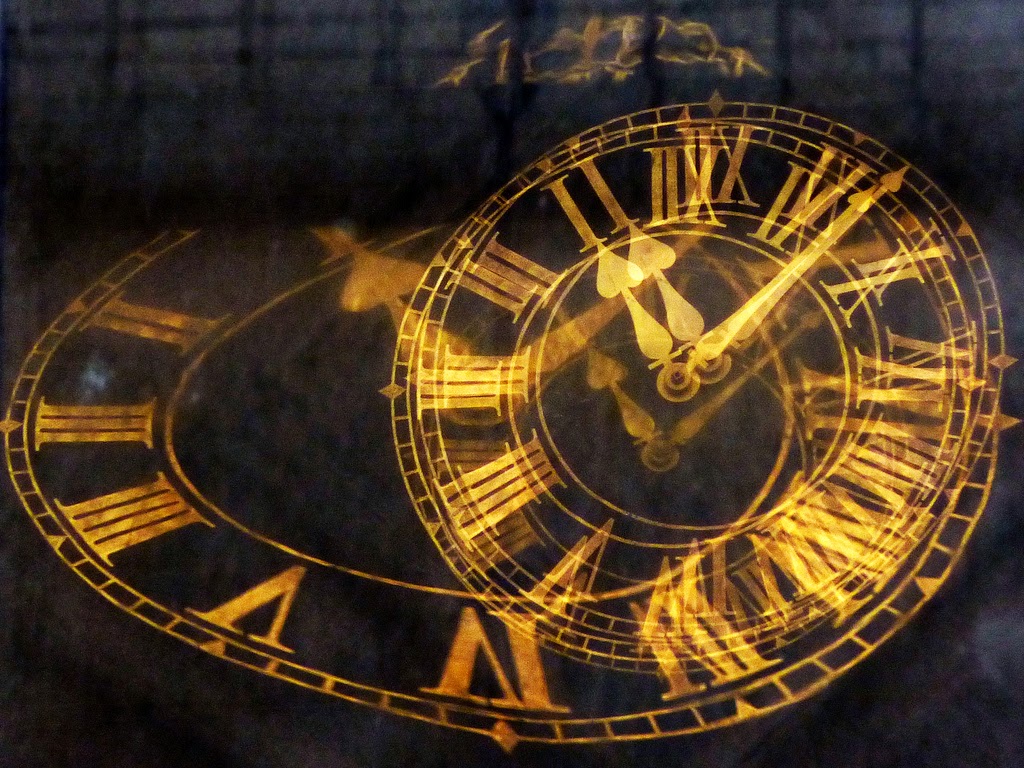 A few days ago, a picture of a rusty metal spinning top popped up on my Facebook. The picture had been shared in a group called something along the lines of "The Good Old Days" and was accompanied by the sentiment "such a shame that children these days DON'T EVEN KNOW WHAT THIS IS".

Almost 700 people had hit the crying face emoticon and waded into the comments section with remarks like "What a travesty! They spend all their time on the internet these days! Proper toys aren't even made anymore! This makes me so angry!"

My daughter has a metal spinning top. It was from Sainsbury's; it was a couple of quid in a supermarket, not something I tracked down on a specialist Ye Olde Fashioned Toys site. And every single kid who comes round to our house picks up the spinning top and pumps away at it without needing any instructions - they all know what a spinning top is and they all know how to use one.

It was ironic, too, that hundreds of people internet-savvy enough to be getting inaccurately angry on Facebook were berating kids for having screen time.

There's nothing wrong with screen time in moderation. Kids need tech skills; they'll be grown ups in the future and they won't get far if they can't press buttons. An episode of Clangers (just like the Good Old Days crowd used to watch when they were little) is a nice way for a kid to chill out after a busy, tiring day of learning and full-on activities.

Where has this idea come from that just because kids are exposed to modern ways of playing the old ways have fallen out of existence? And why the related assumption that the old ways were automatically better, the new ways invariably bad?

With it being Halloween, a bit more Facebook scrolling brings up statement after statement about how appalling it is that modern children go "trick or treating" instead of "guising" and carve pumpkins instead of turnips.

Personally, I prefer the term "guising" because it sounds creepier. I'll continue to use it even when MM's old enough to roll her eyes and tell me I'm pathetically uncool. But language evolves. We're not saying "thee" and "thou" and "ye" any more. Things change. No biggie, as the oldies do not say.

But the pumpkins. For heaven's sake, if you read some of the stuff on my newsfeed, you'd think the pumpkins were some sort of Trump-masterminded American invasion and carving anything other than a neep was unpatriotic.

Pumpkins look good. Half the appeal of Halloween for me is that it's a sea of bright orange and twinkling lights after the nights have drawn snugly in - I'd vote for the lurid coloured fruit over the traditionally humdrum root vegetable any day.

A turn of phrase and what you choose to carve your lantern from are minor details in a bigger celebration. The witches and bats and black cats and spiders and bags of sugary treats are still there; it's still a chance to dress up in costumes and an excuse to watch scary films whilst drinking blood red wine from a skull-shaped goblet; you can still bob for apples if you're not afraid of your face paint washing off.

The essence of Halloween hasn't changed; the tradition of celebration is still there. Absorbing some appealing ideas from overseas doesn't make the marking of the day any less authentic.

And, of course, Christmas is on the horizon.

The past two years, Steve and I have spent part of Christmas Day talking about traditions - about the ones we each grew up with, the ones we each want to carry forward into MM's childhood and the new ones we would like to create together.

Upon starting a new family of our own, we have to make a conscious decision to treasure some traditions and let others go; we have to sit down together, talk and reach a compromise; we have a chance to brainstorm something completely new.

Childhoods change a little with each new generation.

The old ways were often wonderful. That doesn't mean the new ways aren't just as good (or - whisper it - sometimes better).

It does no good to moan on Facebook that kids these days don't know what they're missing out on - if you want them to know what a spinning top is, go and buy one (yes, they do still exist) and give one to a kid you know.

Complaining about pumpkins won't stop kids liking them - if you prefer turnips, carve turnips; if your kid prefers pumpkins, do one of each.

And if your partner has a different approach to Christmas - or birthdays or milk teeth falling out or how you spend Sunday mornings - listen, talk, compromise, dream.

You have the chance to take the best bits of your childhood forward with you; you can leave the brussels sprouts behind.
Email Post
Labels: christmas happiness hygge words