The Rooftops Family Garden in Summer 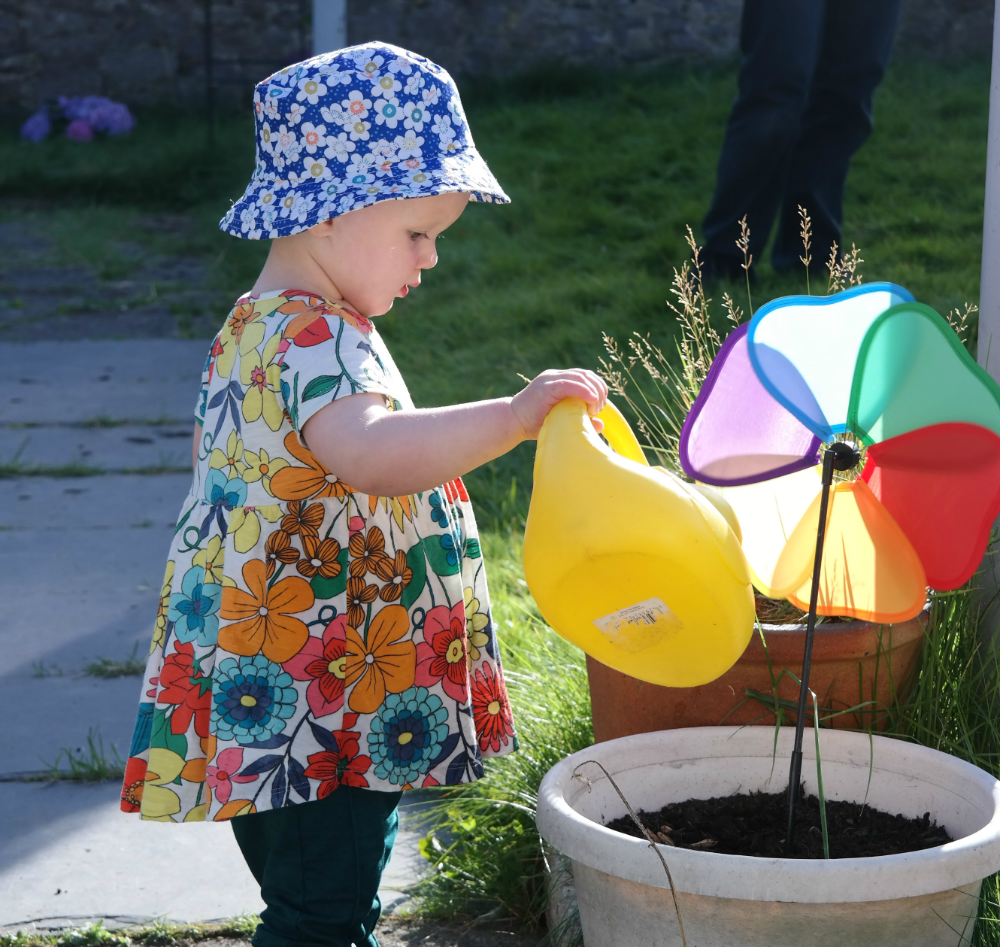 
To plant a garden is to believe in tomorrow
~Audrey Hepburn

As you all know (because you've memorised every statement I've ever made on here), I've been trying to turn our garden into somewhere fun for my child and her friends to play, partly because that's the sort of thing parents with access to a garden tend to do and partly because it's distracting me from whatever other failings our home may or may not in reality have.

So I'm gardening for the future: for our future in this home and for my child's future of less closely supervised play.

At this time, our garden is not a thing of beauty. It was a thing of beauty when we moved in but then there were summers of pregnancy and early parenthood and not being entirely sure which plants were weeds and the garden got a bit wild. The neatly (although not very artfully) arranged flowerbeds became overrun with geraniums and a climbing rose abandoned its trellis and made a bid for lawn-based freedom. We were living with a constant vague shame about letting the neighbourhood down.

But we're working on it. The plan is to have a much, much nicer garden next summer.

In the mean time, this is what we have done:

Bought a slide. Given our kid a duck-shaped watering can and a child-sized trowel. Left a washing up basin and a load of little pots lying around. Also a ball. These are all the kids' toys in our garden at present; it feels like a sensible amount for a one year old - she's much more interested in helping with the weeding and befriending the neighbours' cat right now. 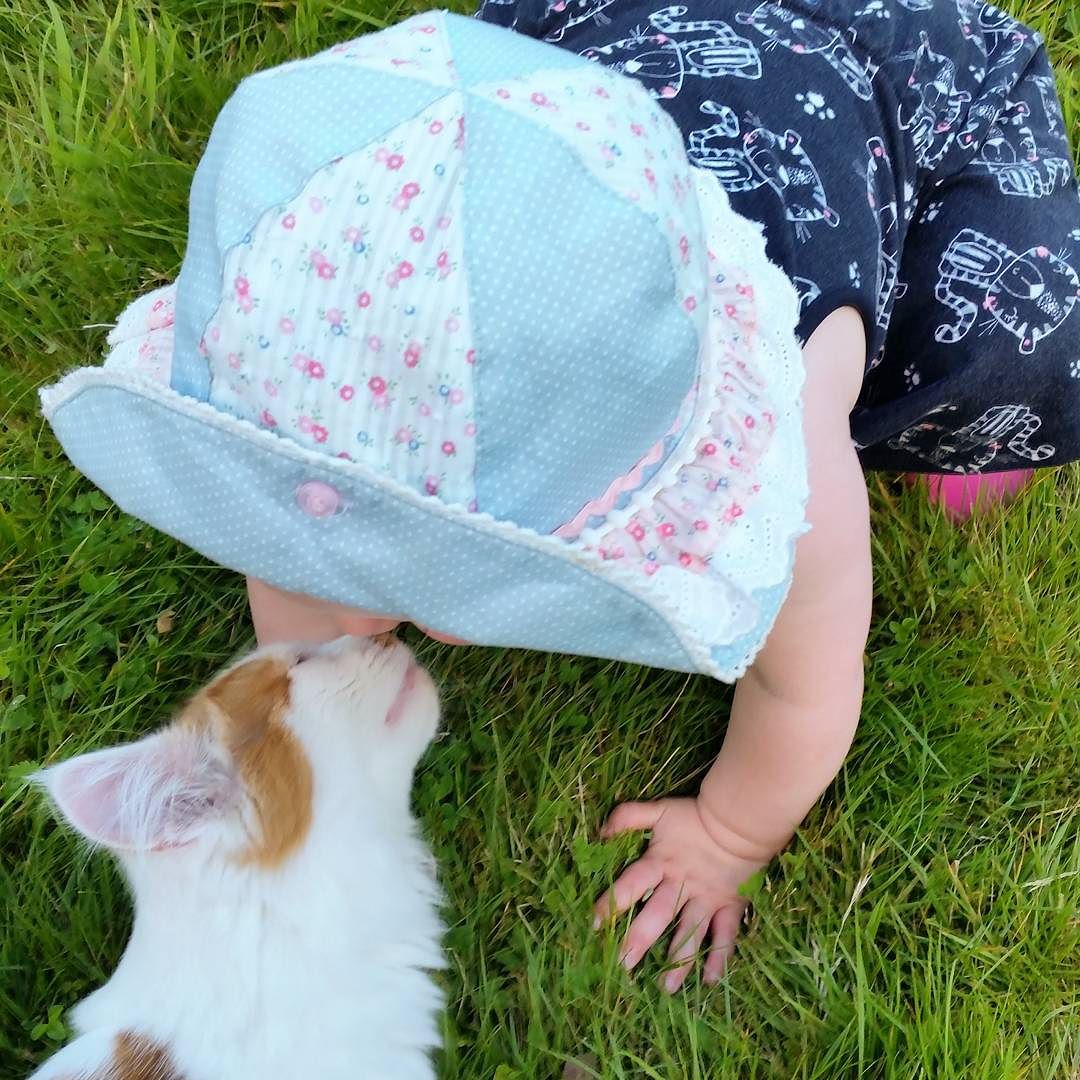 Installed a garden arch. It doesn't lead anywhere. There are three stepping stones in the lawn leading from our garden path under the arch and then... nowhere. The trail stops. Our kid doesn't care - she loves stamping from stone to stone, sneaking through the arch and then pelting across the lawn. Kids love secret paths and that's what we're aiming for it to feel like.

Planted a clematis to grow up the arch. It is growing like crazy. That plant is reaching for the moon. It's a shame the slugs are gnawing away at the bottom of it but we've got high hopes that it will carry on regardless. It seems like a pretty determined thing. As do the campanulas and hydrangeas we planted next to it. In a brand new tiny flowerbed which we dug all by ourselves. 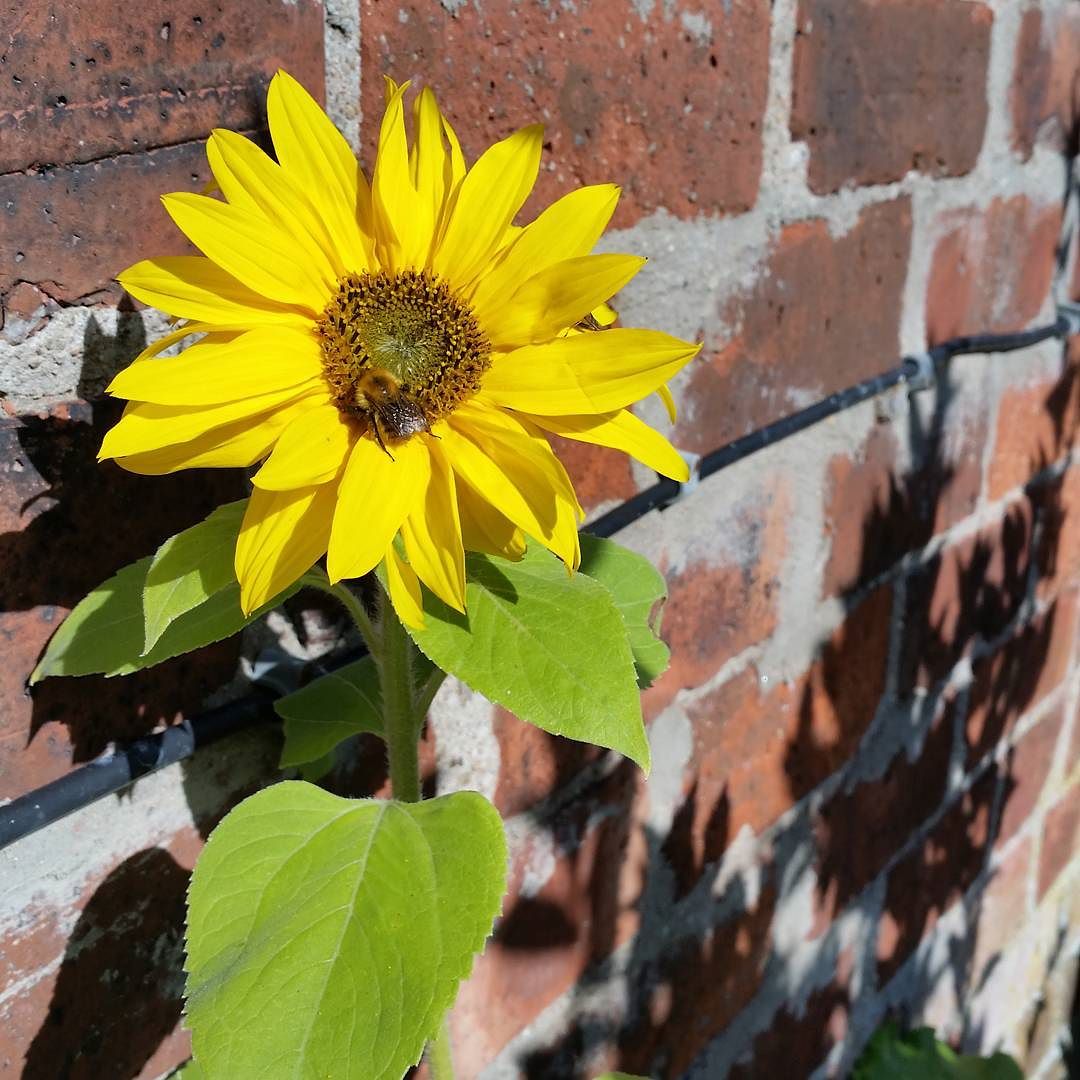 Planted about forty sunflowers. The snails feasted on thirty-nine of them. We eventually barricaded the base of the fortieth with great wads of hair (yes, human hair; yes, gathered from the shower trap) and the sunflower grew and grew and grew. Armed with this knowledge, we are planning a sunflower growing competition for MM and her friends next year.

We also removed that black telecoms cable (see photo above) which was draped loosely across the back of our big flowerbed. After a bit of investigating, we discovered it belonged to a company which went bust about 25 years ago and was definitely not in use as it had been chopped off halfway up our neighbours' wall. That one simple change made an enormous difference to the look of the garden.

Planted pots full of nasturtiums - my favourites. They grew into a gigantic, glorious, tangled orange mass and I've got my fingers crossed they'll seed again all by themselves (I realise I could gather up the seed heads and plant them myself but I want to see what happens if I don't; I like a plant which is stubbornly independent). Planted a herb garden in a wooden trough. It has been a riotous success. We've already had to transplant half of the herbs into a second trough. We have parsley on everything these days. We're not sure what do with the pineapple sage. Added a hebe, a dahlia (which I don't expect to last through the winter but which was too cheerful to resist) and yet another hydrangea (because I'm not sure you can ever have too many hydrangeas. Even if you're not a blogger) to the larger of our two flowerbeds. We have also used old roof slates to mark three paths through the flowerbed (partly for toddler entertainment and partly to make weeding and pruning easier); the flowerbed instantly looked neater but the slates won't take an adult's weight so will be replaced by proper stepping stones later in the year.

Attempted to feed the birds. We bought a super-cute enormous bee-shaped bird feeder (how MM squealed when she saw it!) which all bird food - ALL BIRD FOOD - falls straight out of. We also bought one of those decorative poles from which to hang feeders but a vital part was missing. We will not be defeated, though! The birds will not go hungry!

Removed several bedraggled rose trees. We uncovered a secret rockery behind one of them! We also chopped a forsythia tree right back to its base as it was growing horizontally across the large flowerbed.

Emptied the raised vegetable bed of strawberries (as Steve is allergic to them) but failed to plant any replacement vegetables in it.

Planted several pots full of crocus, daffodil and snowdrop bulbs in the hopes they will flower next year. 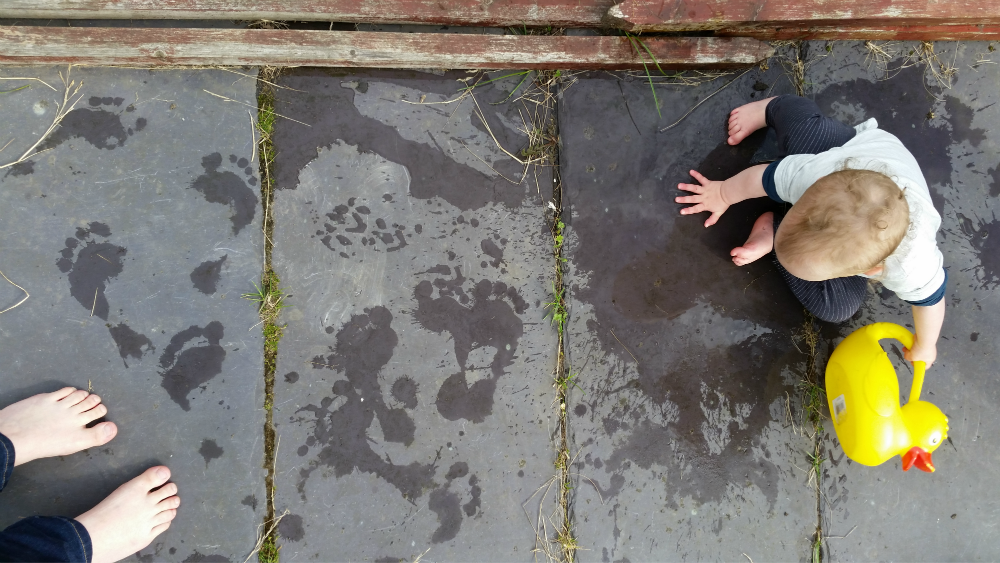 Installed a water butt which has provided hours - at a time, sometimes - of entertainment to all the small children in our lives. Apparently there is little in life more fun than filling duck-shaped watering cans from a water butt, purposely pouring the water onto the path and splashing in it. Parents: use this information wisely (after googling the terrifying health implications).


There's still a lot of tidying up of to do. We've made a good start with the larger flowerbed but we've barely touched the narrow one - it needs pretty much gutted, though, as it's full of crocosmias so large and droopy that everything else gets smothered

The nerines and kaffir lilies are just starting to bloom and they're some of my absolute favourite plants - I love how pink and cheerful the garden looks on cold autumn days.

And the plan is to post another update at the end of the season. If anybody's got any suggestions for autumn gardening with a toddler tow, let me know in the comments!
Email Post
Labels: gardening seasons summer