Out In Public In Pyjamas 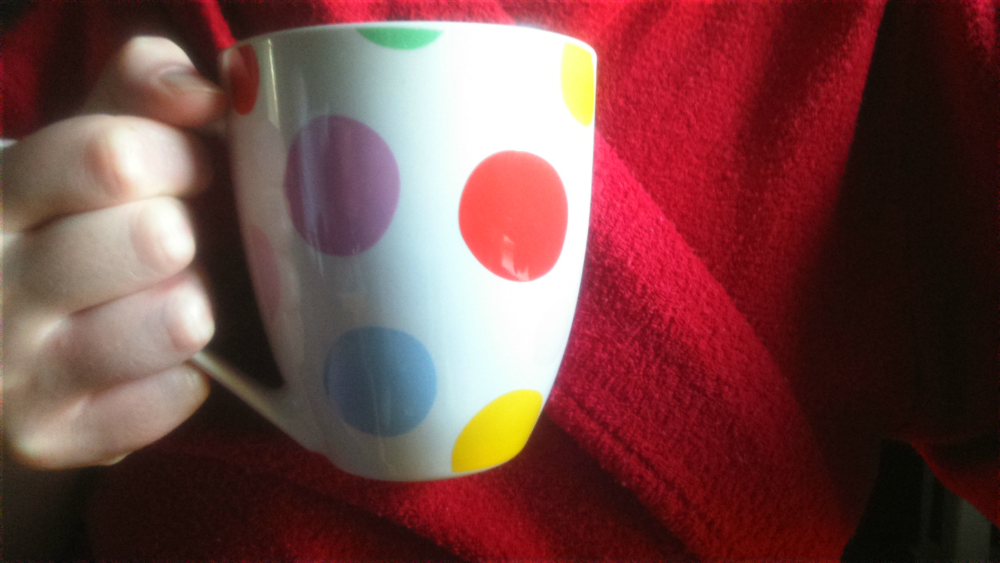 Last week - after stating in January that I was about to start a class - I made it back to yoga.

It had been a crappy week. MM's fourth (and by far worst) molar was erupting so nobody was sleeping, everybody was sobbing and I was done - done - with physical contact. I needed an excuse to get out of the house. A yoga class it was.

A friend of mine came along with me, driving me the several hundred metres from my flat to the community centre, partly because she wasn't sure where she was going and partly because it saved me having to walk around the neighbourhood in my pyjama bottoms. My Christmas pyjama bottoms. In June. They're very nice pyjama bottoms with their herd of tartan reindeer, but there's no mistaking them for yoga pants.

There is a precedent here; I did two terms of pilates in polka dot pyjama bottoms before the class was cancelled (for presumably unrelated reasons). But still, I managed to buy a yoga mat in the January sales - you would think I could have walked a couple of aisles over to the clothing section and found myself some exercise longjohns, too. And perhaps I would have done if all that black and neon lyrca (combined with my mass of frizzy curls) didn't make me feel like I was a 1980s Smash Hits poster girl.

Anyway, we made it along to the class, one of us without water, the other without a mat, both of us without blankets. We paid our money and filled out our registrations, with my usual form-induced amnesia kicking in - "Nope, I've never had any joint problems!" I ticked, only remembering that I was crippled for half my pregnancy and spent the first part of this year in physio twenty minutes into the class when I suddenly wished I had a big, squishy mattress under my hips instead of a sliver of foam.

It wasn't the most promising of yoga locations. Through one wall, we could hear bellydancing music; through another, the angry chops of a karate class. The floor smelt of dirty feet and there were teenagers loitering outside the window, eating crisps and looking non-specifically mortified. There was a painting on the wall with what seemed to a burning demon in one corner.

The constant chatter of teething theories and sleep requirements and cartoon theme tunes in my head switched off; my focus turned almost entirely to holding poses.

As I lay under my borrowed blanket, winding down at the end of the session, I suddenly realised that this was the first time all week that I didn't feel utterly on edge. Nobody was clambering onto my face because they needed to be as physically close to me as possible and then thrusting me away in anguish when my hugs didn't cure their pain. Nobody was hanging onto my skirt and shrieking for something neither of us could identify. If MM was jolting awake every ten minutes (and it turns out that, yes, she was), I was too far away to know and I had left my phone at home.

More than that: it was the first time in months that I wasn't aware of anybody else. I wasn't keeping an eye on an exploring toddler or vaguely alert for her night wakings; I wasn't wondering whether to get off the internet and make actual conversation with my boyfriend; I wasn't chattering to a friend; I wasn't pouring words into a keyboard for hypothetical readers to respond to.

And I hadn't realised just how badly I needed that calm.
Email Post
Labels: life