The Stories We Tell About Our Children 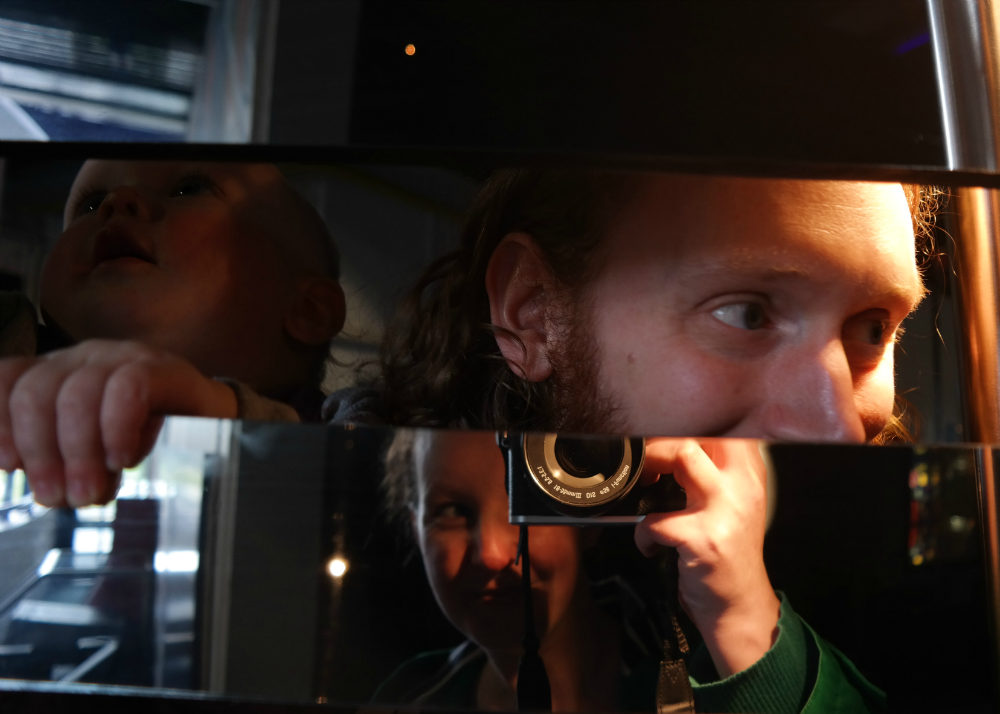 Recently, I took MM swimming for the first time.

So I wanted to write about how her reactions to things can still take me by surprise.

I couldn't do that without writing about her feeling scared, though, and that wasn't a story I wanted to record.

I think we are all shaped by the stories grown ups tell us about ourselves when we are little. If we are told we are brave or capable or clever, we may grow up feeling strong; if we are told we are stupid or difficult or ugly, we may - we will - grow up feeling of less worth than other children; if we are only told we're pretty, we may grow up thinking that's our most important feature; if we are only told we're a monster, we may believe that's the one reason people will pay attention to us.

I don't want to tell MM that she is frightened of new experiences.

It was thirty minutes, at one year old; it's not who she needs to become.

As she gets older, I'm becoming a lot more conscious of what I write about her (and say within her hearing).

I wasn't worried, when she was a baby. As much as all babies are unique, their parents' experiences are fairly universal - saying that she didn't sleep through or that she had her first cold or that she was unimpressed when we took her dummy away doesn't seem to me like a breach of her privacy. Pretty much all babies wake a lot and get colds and are unimpressed by sudden changes. They don't seem like things school bullies could find in my archives and use as a means to torment her - the bullies didn't sleep through, either.

But, as she grows up and develops a much clearer personality, more and more of my stories feel very specific to her.

If I wouldn't write about friends' tastes or hobbies or emotional outbursts without their express permission, I'm not comfortable writing about my child's, either.

I mean: at some point, her personal experiences are going to be her first period, her first bra, her first date and can you imagine your mother writing about those for anyone to read? What if the other kids at school found it? Mortifying.

It's tricky to find the balance, though. Our lives are so intertwined at the moment that it's not always clear where the line is between her story and mine.

And it's so subjective. There are plenty of parenting bloggers who share a lot more than I do; there are plenty of bloggers with children who write nothing about them at all. I'm finding my own comfort level and keeping my fingers crossed that MM's level is the same.
Email Post
Labels: baby 0-18 months life online parenting