Life in the Slow Lane: Why I Love Not Being a Driver 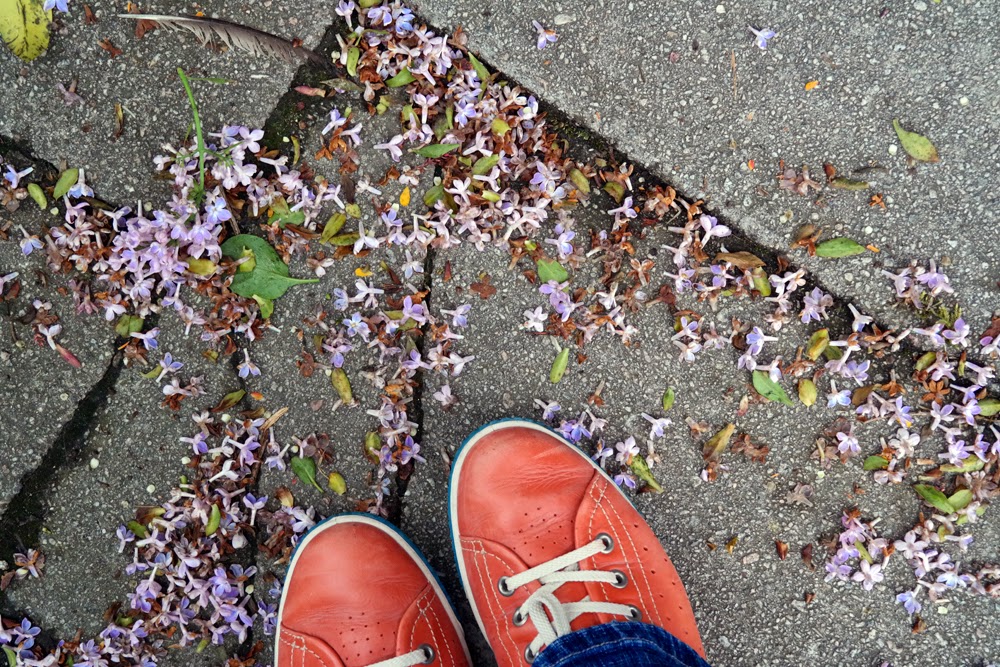 When my child was teeny, she loved going on buses. She was strapped in her carrier, eyes at our shoulder level, and she would swivel her head from side to side, staring out the windows at the world going by.

Now that she's bigger, I can't carry her any more. She's usually in the buggy, sat below window level, gazing at the other passengers (who either swoop in and coo at her or become increasingly uncomfortable under her unblinking stare). If we're only going a few stops, I leave her in there; if we're going further, I unstrap her and stand her on my knee, let her press her tiny hands to the window and watch as the city slides by.

Before I went on maternity leave, I had an hour commute to work and an hour commute home. It was thirty minutes by bus and thirty minutes on foot and, except when it was blowing a gale, I found it very relaxing. I was travelling through some of the nicer parts of town and I would watch the gardens change, week on week, and I would look for the three enormous cats who roamed a wild patch by a supermarket, and I would gaze at clouds and rainbows and reflections in puddles and spiderwebs and fallen leaves.

I didn't have to think about anything; I couldn't keep busy; there was nothing to do but gaze out the bus window or put one foot in front of the other, switch off my brain and move forward.

Those were the calmest parts of my day.

I've found, sometimes, when I tell people that I don't drive they cry, "Well done!" A lot of people see it as a difficult situation, living without a car; if they're environmentally minded, they admire my grit and "make do" attitude.

That's not how I see it at all.

I would like to know how to drive. I think it's a useful skill to have in case of emergencies. I feel sad that I had to stop my driving lessons when the pelvic girdle pain hit.

About twice a year, I think it would be nice to drive to some pretty spot which isn't served by public transport or convenient to drive to a shop for something large. But the majority of the time, cars don't appeal.

I don't want to drive as standard.

I like this slow pace. I like planning half an hour of quiet public transport time into most excursions. I like watching the world go by. I like exploring the woodlands and parks in my local area instead of going further afield. I like that the postman knows me so well he greets me when I'm out and about. I like to be on foot.

And I don't buy that cars make life easier, not if you live in the city.

I listen to friends lamenting the cost of car parks and parking permits; I listen to them complain about all the time they waste circling the streets, searching for a space; I listen to them getting angry about traffic jams and diversions and other, sloppier drivers.

They talk about their cars like problem children, needing constant money and attention; all excursions are planned around parking; instead of walking ten minutes to a nice shop, they drive for ten minutes to an enormous supermarket with a petrol station and then spend more than intended on impulse buys.

Not everyone. Not all the time. I realise that.

But the general impression I get of life with cars is one of hassle and expense, of hurried convenience rather than a gentle pace, of always wanting a bigger, better car which doesn't make odd noises when they pause on a hill.

Aberdeen buses cost far too much, they do. I resent it. But I suspect that the £30 per month that I spend on public transport is less than it would cost me to run a car.

Buses get delayed by blizzards and roadworks and traffic jams, they do. It can be frustrating, waiting for a bus which hasn't shown up on time but, over all, I'd rather pay somebody else to think about diversions while I sit and gaze out the window. There's nothing I can do to speed that traffic along; I may as well sit and enjoy the ride.

Public transport doesn't always go door to door, that's true. But I'd rather spend five minutes on foot than five minutes coasting around a car park, searching for a space.

I want my journeys to be all about the world around me.

I've never strapped a toy to my baby's buggy. She doesn't need something to keep her occupied. Instead, she watches the world go by, letting her mind wander; observing; as she grows older, she'll start noticing the changing seasons and changing cityscape.

I want to do the same.

I don't have a dashboard to glance at or signs to be aware of. I don't read a book or plug music into my ears. I sit or I walk; I switch off; and I watch.