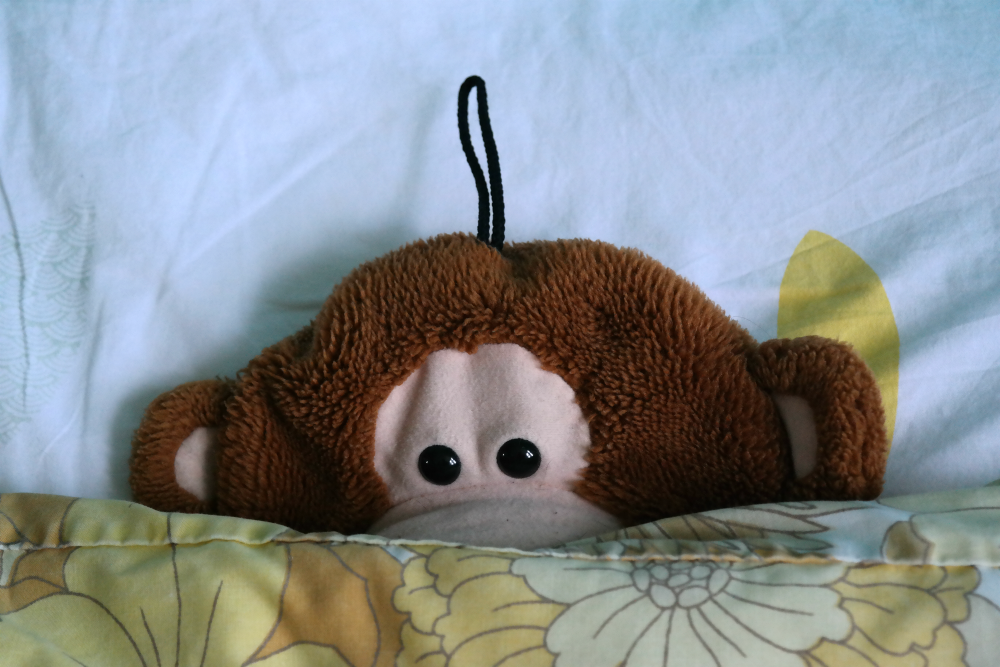 Last night, my baby did not want to sleep in her own cot.

The point is: she didn't want to sleep in her own cot.

It took forty loud, angry (her), despairing (me) minutes to settle her at bedtime and, an hour later, she started her waking-every-twenty-minutes-crying routine.

She did not want fed.

I would pick her up and she would instantly fall asleep, clinging to me. I would put her in her cot and she would wake up, sobbing.

Steve would pick her up and she would instantly fall asleep, clinging to him. He would put her in her cot and she would wake up, sobbing.

At half past eleven, I was sitting there in her bedroom, a sleeping baby attached to my neck like a grappling hook and I knew that, if only I took her through to Steve's and my bed, we could all get a good night's sleep.

The good, kind, loving parent part of me knew that, for mysterious reasons of her own, my baby needed that comfort. She needed to feel safe and loved and secure. That part of me thought I should have no hesitation in taking her through and laying her head on my pillow and sleeping with my arm curled around her all night.

The other part of me - the part of me which is a bit lazy and a bit selfish but also filled with enough self-doubt to sometimes listen to other people's parenting theories - thought: No! No! We've spent so long getting her to accept her cot and accept her bedroom and accept not having a dummy and learn to settle herself to sleep at night and, if we let her come through into our bed tonight, she'll expect it every night and we'll have to start all over again and it will take foreeeeeeeeeeever to get her sleeping well again and I don't want to do that.

Which may or may not be true. She might go to sleep tonight with no fuss; she might need a few nights' coaching to start settling down in her cot again. That remains to be seen.

The point is: a part of me had listened to the "making a rod for your own back" brigade and was scared to do anything which might set us back a few steps on our quest for a good night's sleep.

Most of the time, I believe that I'm good at this stuff. I'm good at reading my baby's cues. I believe in responding to her needs rather than forcing her to be convenient. I want her to learn to recognise the rhythms of her own body so she doesn't think sleep and food and exercise are things to be rigidly controlled, so she naturally does what's right for her. I believe in giving my baby hugs.

But, in the middle of the night, certainties waver.

In the middle of the night, it feels like if I make the tiniest mistake we may never sleep again.

And suddenly I'm not sure which is the right path to take.

(In the end, I took her through to our bed and she slept right through till morning)
Email Post
Labels: baby 0-18 months gentle parenting