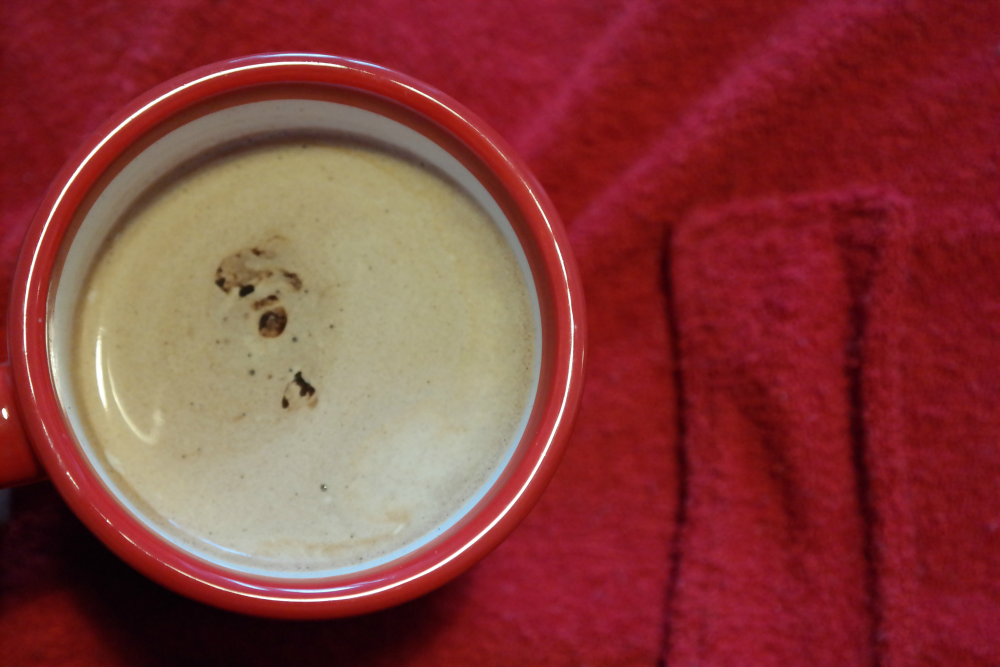 Today has been a tough day.

Not because of anything MM did. She's a bit unsettled because of teething but not so much that I would normally have commented on it (except to Steve. In minute detail. I would also have emailed illustrative photos to his work address throughout the day. But I do that on good days, too).

No, I'm simply run down. Possibly a little bit sick. That sore-eyed, sore-throated, heavy-limbed, impossibly tired level of ick where you solider on into work and then do nothing all day except wiggle your mouse around now and then to stop your screen going blank. Probably sneak off home a little early. You know the score.

You can't call in sick to parenting, though, and Steve couldn't work from home today (I would still have emailed him photos even if he had) and the friends who usually visit on Friday were either doing overtime or holed up in bed with lurgy of their own. So: looking after a baby whilst feeling like crap it was.

I remember, when I lived alone, thinking that the only downside of having my own place was having nobody there to look after me when I was ill. I remember calling a friend in tears once because I had started to change the bed (it was sticky with sicky sweat; it had to be done) but didn't have the strength to finish. I remember pointed status updates on Facebook aimed at getting people to text me and say, "Would you like me to drop round some paracetamol and grapes and a big bunch of flowers?"

Though nobody ever did. Look after your sick solo friends, people! They need you!

Things are both better and worse now.

Better, because I know that I could have messaged my circle of mum friends and, if any of them were able to drop by and help me, they would have done. Were I not too stupidly proud to ask.

I also cried. Quite a lot.

But now she's in bed. Steve is sorting the pizza. He has promised to do all the morning stuff tomorrow so that I can sleep. So I'm taking five minutes to sound sorry for myself online but also, a little bit, to appreciate the good that I have.
Email Post
Labels: baby 0-18 months life parenting