5 Things We Could Learn From Babies 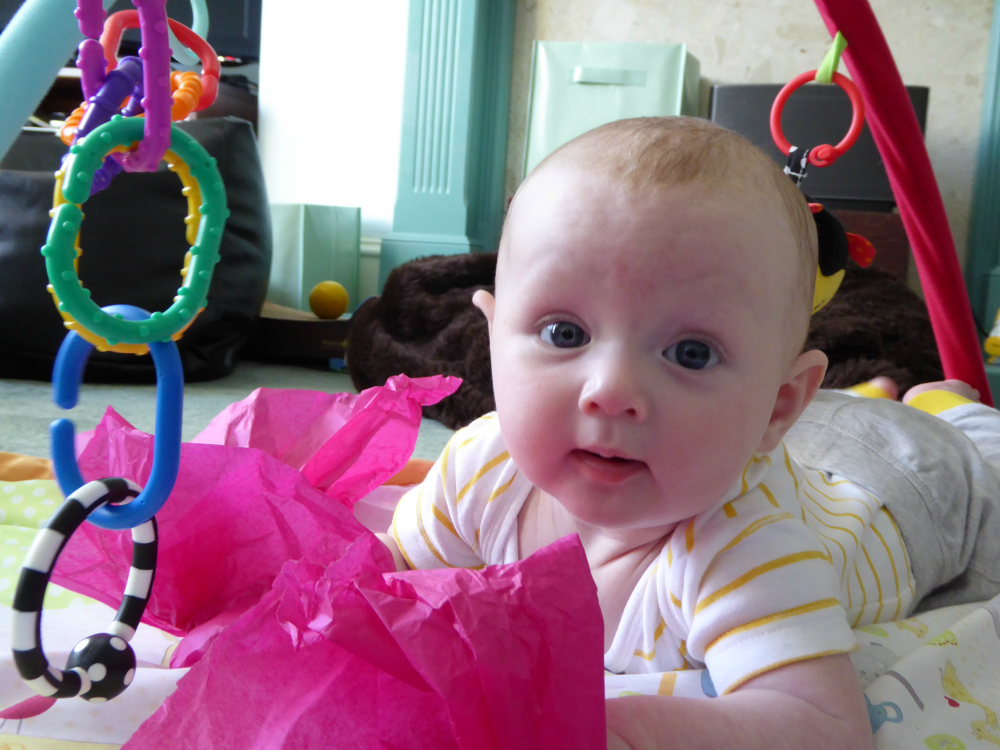 But there are some things which we, the adults, could learn from babies.

Perseverance in pursuit of goals

My child has been trying to crawl for ten weeks now. All day, every day, she flips herself onto her belly, thrashes her limbs around, roars, occasionally cries and tries her hardest to propel herself forward. One of these days she's going to manage it and I can't wait to see the look on her face. Still: ten weeks. If I can't learn or do something easily, I'm rarely still trying two and a half months down the line.

Babies don't play it cool. If they're happy to see you, the hugest grin bursts onto their face. If they're hurt or upset or angry, the loudest wails come out of them. There's no game playing or manipulation here - their openness is refreshing.

You wouldn't think it would be possible to spend thirty minutes examining a wooden spoon and yet, if a baby has never seen or held or chewed on one before, it can be the most exciting thing in the world. Everything is new and interesting and deserving of thorough examination. They don't try to hide their ignorance - they get on with finding things out.

The importance of getting plenty of sleep

You know how neurotic parents can seem, scheduling everything around nap times? A couple of attempts to settle an over-stimulated, over-tired baby and you start to live your life in two hour windows of activity, too. When babies have been on the go too long, they get wired and cranky and they struggle to switch off. When adults have been on the go too long... yeah... we're much the same. GO TO BED ALREADY.

Babies don't care about fashions; they don't care about clothing rules; they don't worry if it's pink or blue. Not only are red and green often seen together, they're usually accompanied by orange, pink and blue, too. And okay, the babies aren't choosing their outfits themselves but that just proves my point - when parents choose to dress their children in bright, cheerful outfits but clad themselves in Ignore Me Black, it's time for them to loosen up and let themselves have fun.