Some Things Which Have Scared Gizmo Recently

Our boy cat, Gizmo, is an enormous beast. Weighing in at a stone, he's not heavy for his size - he's just huge. 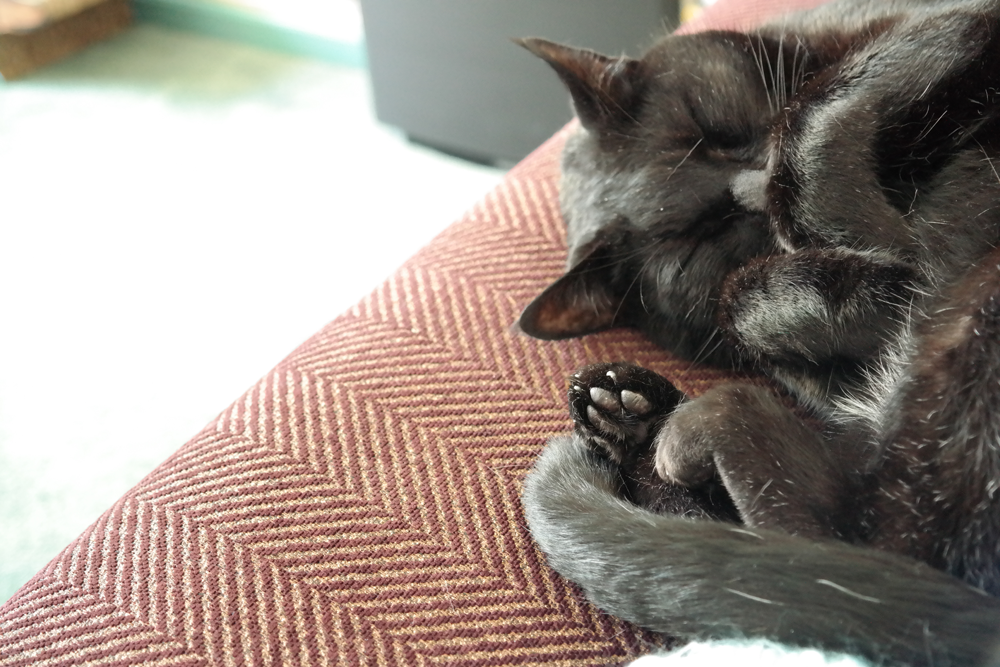 He's also adorable. Even people who don't like cats like Gizmo. There's something irresistable about a cat roughly the size of a bear squeaking like a kitten, purring in his sleep and chasing his own gigantic tail.

But Gizmo is also a bit of a coward. Rarely a day goes by when that enormous tail doesn't puff up in terror at... apparently nothing.

Here are some of the things which have had Gizmo fleeing for safety over the past couple of weeks: