Today, I am thirty-seven weeks pregnant. Which means that the baby is officially full term. Which means (because pregnancy talk is a language unto itself) that s/he is big and strong and effectively ready to be born. 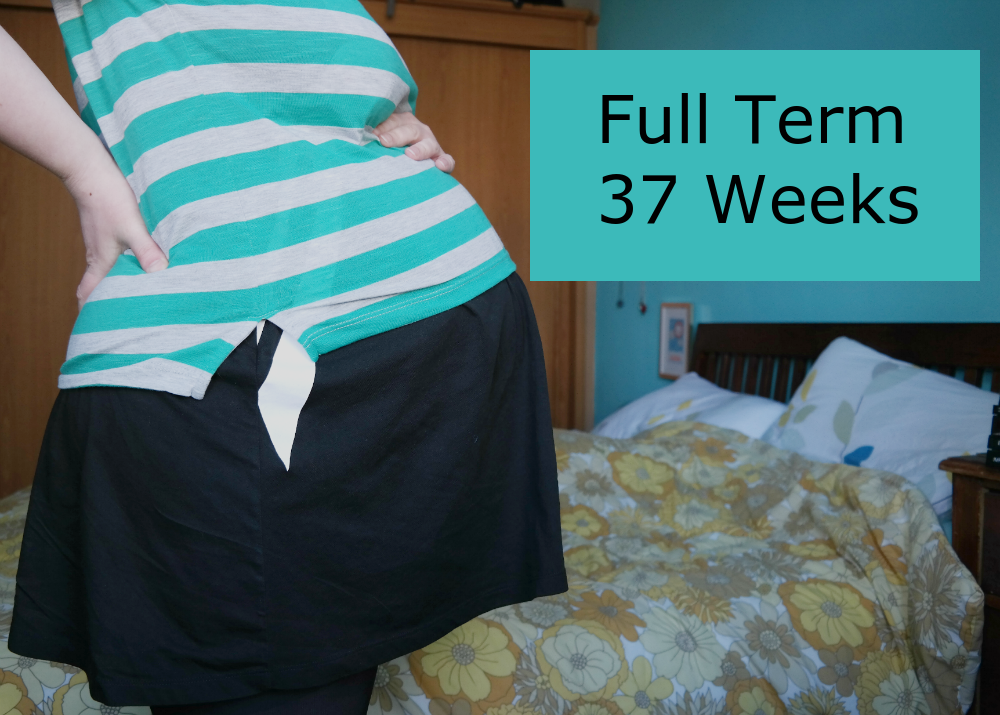 If I'm still pregnant in five weeks' time, I'll be induced. But I'm hoping it doesn't come to that. I'm hoping there's not too much longer to go.

I know just how lucky I am to be pregnant and there's a lot that I've enjoyed about the experience (more on that next week) but, at this stage, I'm ready. I'm done. I'm verging on fed up.

But I am ready.

If the baby comes today, I am ready.

Or as ready as I ever will be, anyway.

Which answers several of the questions people are asking me at the moment. Here are some of the others:

When is your estimated due date?
14th April but I've made a conscious decision to always think of the birth in terms of the delivery window - that's any time between weeks 37 (now) and 42 (five weeks from now) - rather than focusing on one specific date. I don't want to feel any more impatient than I have to if the baby takes its time arriving!

How are you feeling physically?
Oh... well... the baby is getting itself into the birth position and this is good in that I no longer have its full weight (almost 3kg) on my right hip so sitting around is much more comfortable; it's bad in that I do now have its full weight pulling on all my stomach muscles which, combined with the PGP, makes any sort of movement a challenge. I've also got lower back ache, increasingly intense Braxton Hicks contractions and the baby's head is bouncing on my bladder. Oh, and my knuckles get really sore on days when I don't wear tights. So... yeah... I have been better...

Have you written that damn birth plan yet?
For what it's worth, yes. It says the same thing I suspect most first birth plans say: I want to get through this on gas and air and laughter and love but, y'know, I might change my mind on the day. To be honest, I think the birth plan is more for the partners than for the pregnant women - if, on the day, Steve has to give the go ahead for, say, a caesarean, he's got my permission there in writing and can be confident he's making an acceptable choice.

How are you feeling about the birth?
Good, actually! A lot of my friends have had complicated labours so I feel well prepared for the worst - I know what could happen and I know that they all got through it and I know that none of them love their children any the less for it; if I have a tough labour, I'll weather it and I believe it will be worth it.

Although, obviously, the plan is for everything to be easy.

In fact, as much as I realise that none of these are likely to be issues, I'm more worried about recognising the signs of labour (as opposed to Braxton Hicks), going into labour when I'm at home alone (not sure I can carry my hospital bag...) and/or getting to the maternity hospital in time. Once I'm actually there and being supervised by experts, I'm happy to take the rest as it comes.

Still no hunches about the sex?
Nope. Sometimes I let myself imagine the baby being lifted onto my chest, all gunky and wailing, as Steve says the words, "We've got a boy/We've got a girl". I know I wouldn't have regretted finding out the sex ahead of time but I'm really happy now that we didn't - I can get quite emotional thinking about him being the one to tell me.

Have you chosen names yet? Is it really going to be called Spartacus?
We have too many girls' names to choose from and absolutely no boys' names. But, no, it will not be called Spartacus (Steve refuses). It also won't have the surname Rooftops (Steve doubly, triply, quadruply refuses). For now, we're referring to it as Thumper (because oof! this kid can kick).

And how are you feeling?
Excited! Occasionally impatient. Mostly calm bar the odd few moments when I'm convinced the baby's stopped moving. And kind of surprised - a part of me can't quite grasp that the wriggly thing inside of me will soon be a completely separate human being who eats and poops and screams and has a name and his or her own distinct personality. That seems absolutely crazy.
Email Post
Labels: life pregnancy