How to Involve the Other Parent in Pregnancy 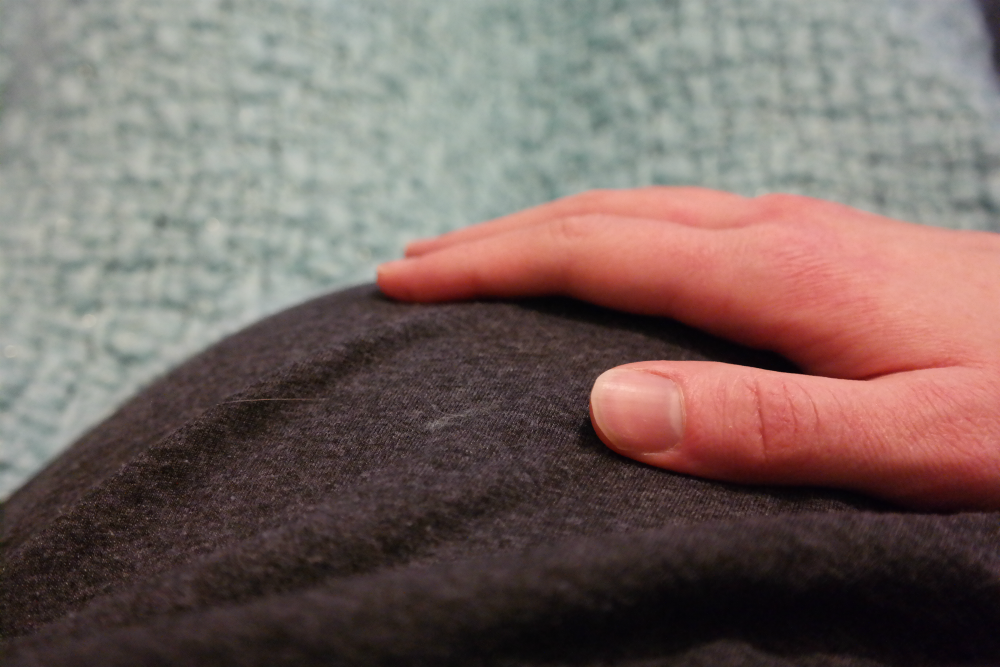 I've written before about how mum-focused pregnancy advice tends to be. To a certain extent, this is understandable - the pregnant woman is the one whose body is changing and the one who gives birth and the one who has the potential to feed the newborn baby.

But it mattered to me that Steve should feel included in this pregnancy. He's the father and he should know that that role is important, not just once the child arrives, but right from the very beginning.

Because it is. Pregnancy is tough and I would be really struggling without him.

So, with a bit of input from him, here are some ways to help the other parent feel involved:

Yes, it's "the baby" (or "he" or "she" or "it") but it's also "our child" or (when its kicks are particularly uncomfortable) "your child". I don't think Steve realises just how big his grin is when I remind him that this baby's his.

I make it a habit to read up on the baby's size, weight and development every Sunday. Steve could do the same, of course, but it's more fun for both of us for me to read things out to him so we can learn about the baby together.

We have one wriggly baby in there and yet, up until a few weeks ago, Steve had only managed to feel it moving twice. We would joke that he had magically soothing hands because as soon as he put them on my belly, the baby would calm right down - but it made me sad that he was missing out. To be honest, I don't think he realised what a big thing he was missing until he started feeling kicks regularly and seeing a bit of the movement - now he'll rest his hand there, waiting to get walloped and laughing every time that he does.

While pregnant women in the UK are entitled to as much paid time off work as they need for antenatal appointments and classes, the other parent is only entitled to unpaid time for two. It's worth asking employers how flexible they can be about this, though - Steve's work has been great about letting him juggle his schedule and/or work from home so he could come along not just to the two scans but to my 25 week midwife appointment (when we knew we would get to hear the heartbeat for the first time) and to as many antenatal classes as he wanted. He actually got more out of some of the classes than I did so it was well worth him coming along.

I've done most of the shopping for the baby - I've got more time on my hands; I enjoy it more. While there are certain baby clothes I've bought because I loved them, there are others I bought because I knew that Steve would. And, sure enough, when I showed him the tiny black babygrow with the glow in the dark skeleton on it, he beamed from ear to ear.

This was Steve's suggestion! He likes cooking and turned making sure that I ate properly throughout my pregnancy into a bit of a project - we've never had such a healthy, varied diet as over the last few months and he's enjoyed the challenge. The same could go for a parent who likes making toys or designing interiors or... um... giving really good foot rubs!

Sometimes I remind Steve to call his mum just so I can see the proud look on his face when he tells her the latest news about the baby. If we're both in the room, people tend to ask me about the pregnancy but I like to let Steve answer a lot of the time - this is a shared story after all and I know that every time I talk about it, it feels a little more real; I think the same goes for him.

I'm not just talking about deciding together what colour to paint the baby's bedroom. I'm not even talking about choosing names. The other parent has the option to cut the cord after the birth and to tell the mother the sex of the baby (as opposed to the medical staff doing those things) - as far as Steve and I are concerned, how I go through labour is largely my decision, but those two things are entirely his. And they're kind of huge.

Is there anything else you would add?
Email Post
Labels: pregnancy