The First Bit of June 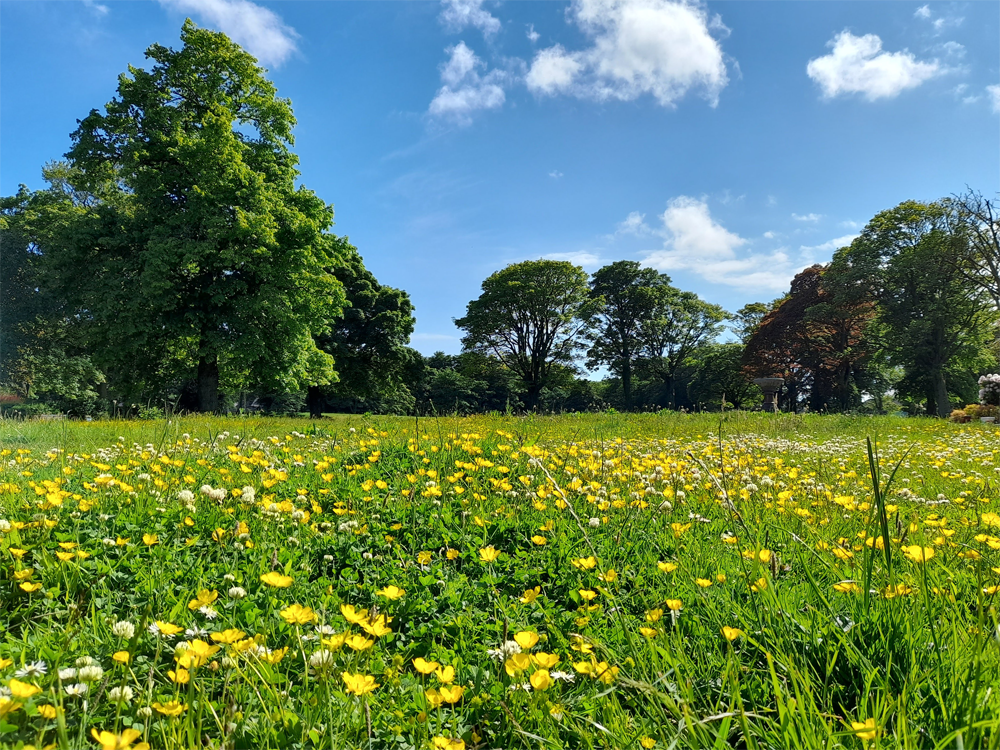 My good mood from last month blazed onwards, amidst sunshine and sandals and ice cream and the swathes of flowers which I planted all by myself (with the kids' help). It lasted right up until last Wednesday when Steve's work announced they wanted him back in the office and my usual level of disgruntlement resumed.

But let's focus on the chirpy bits, shall we?

June. June featured 6yo's school sports day. Obviously, parents couldn't attend this year, but she came home with three stickers and a new pride in her ability to balance cones on her head.

She also got back to her weekly art club. I'm not entirely sure what happens at the art club, but she goes along with several of her friends and reappears with upcycled bits of disposable cutlery, looking very pleased.

My biggest adventure was getting in Emma's car and going to B&Q for something essential (technical term: The Metal Poky Catch Bit That Goes Inside Of Doors). Also paint charts. And, while we were there, also hot chocolate and a cake at the Costa across the road. Other than the face masks and the multiple squirts of sanitiser, it felt like real life.

Less excitingly, my GP has referred me to rheumatology because apparently it's not a good thing that my hurty bits are symmetrical. The possibilities are that I'm a massive slacker who needs to do more exercise, that I'm perimenopausal and should slather myself in oestrogen, or that there's Something Going On which isn't appearing in my blood tests. My money's on one of the first two things, but the rheumatology waiting list is rather long so I've got plenty of time to google myself into believing the third.

In other news, I read a novel which didn't have a guaranteed happy ending. It was The Dreamers by Karen Thompson Walker, which I picked at random from the 80-something unread books on my Kindle and which I'm very glad I didn't try to read any earlier in the pandemic - it turned out to be about a mysterious new virus sweeping through a small town. It was excellent, though, and it was refreshing to read something a bit less lightweight. I might even do it again.

I also read The Couple by Helly Acton, which is about a world in which being single is the norm and being in a couple is seen as a bit icky. It was enjoyable and I was greatly invested in the (inevitably happy) outcome.

So. Yep. That was the first part of June.

And now here we are: one more week of school before the summer holidays. I have a couple of things booked for the kids, all of which involve overly complicated logistical planning thanks to covid rules, but all of which they will love. Mostly, we will just be moseying around the garden, though.

And Steve will be back to the office once Facilities have found him a suitably isolated desk and put him through a training course on avoiding other people. I feel as unprepared to solo parent as I did when our firstborn was two weeks old and Steve's parental leave ran out, although at least this time around I'm past the "am I destroying their brains by letting them watch CBeebies?" guilt.

Tell me about June for you.