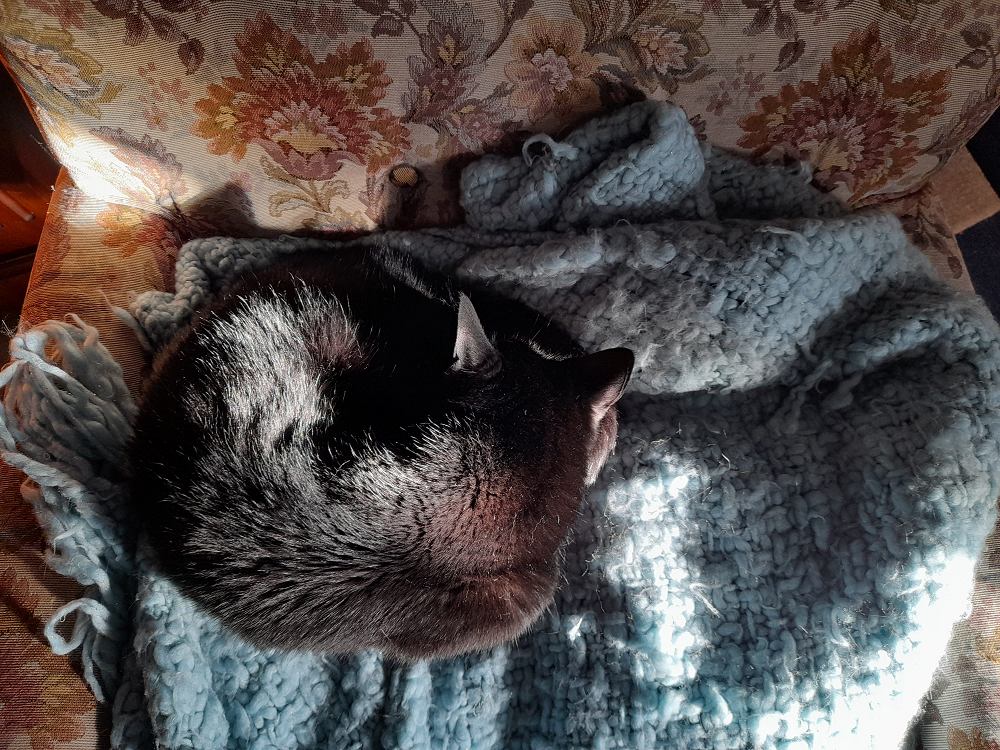 My eldest child is now six years old. This is implausible for all the reasons it is always implausible (she was just born etc).

To everyone's surprise, a few days before she was due to "celebrate", the Scottish Government announced that multiple adults could now stand in the same part of the outdoors at the same time. This meant she could have a party! An actual party! You should have heard the scream of excitement when I told her.

We strung a (reusable, felt) birthday banner to a tree in the park and she spent two hours up the top of it, eating controversial caterpillar cake with four friends and their assorted tiny siblings. Six grown ups stood underneath them, trying not to watch the risks they were taking with their delicate, unbroken limbs. She had a great time and many mermaid-themed gifts were received.

3yo had less to celebrate this month. She caught yet another nursery cold and ended up in A&E with breathing difficulties again. There are no toys in the hospital rooms just now (thanks, covid) so it was a long seven hours for her and Steve, trying to entertain themselves with nothing but an adjustable bed and some plastic chairs. I believe she spent a large chunk of it dancing around the room to the beep of the ECG machine, though (and if you're now picturing a Northern Irish bike messenger throwing himself a rave beside a pedestrian crossing, we are kindred spirits).

She was fine by the next morning, although she came home from nursery with a runny nose yesterday... Parenting, it's all bogeys and forgetting to order your child a new inhaler.

In other kid news, they have discovered Bluey and are now cycling through the 100+ available episodes on a constant loop. The whole show seems to be a parenting in-joke and I can well imagine Steve and me sitting down with a glass of wine on a Friday night and choosing to watch it, although right now, being the on trend pop culture consumers that we are, we're working through seasons three of both Penny Dreadful (2016) and Moone Boy (2015).

I'm still only reading books with rainbow coloured covers, regular one-liners and guaranteed happy endings. I couldn't honestly tell you what any of them were called. I've no idea which one I've got on the go just now, although I read several chapters of it yesterday.

For me, the best part of the month was my Shire-dwelling pal being allowed to cross the council boundary line (all jokes about hobbit holes have been well and truly exhausted by now, believe me). We walked... eh... to a supermarket and back and we're going to do the same again this week, and it is So Wonderful to be able to cackle with a close friend in person again.

The intention is for my book group to see each other's non-pixelated faces in a few weeks' time. My mum is hoping to visit as soon as she's allowed to come inside for coffee. I have my vaccination on Wednesday and my shriek of delight when I saw the envelope on the doormat was almost as loud at my kid's when she found out she was getting a party. We hope - hope - to have a long weekend near my sister this summer (we haven't seen her or her family since 6yo was four - how can a whole year have been lost like that?!). I am feeling - dare I say it? - hopeful.

How is May looking for you?