The Rest Of May 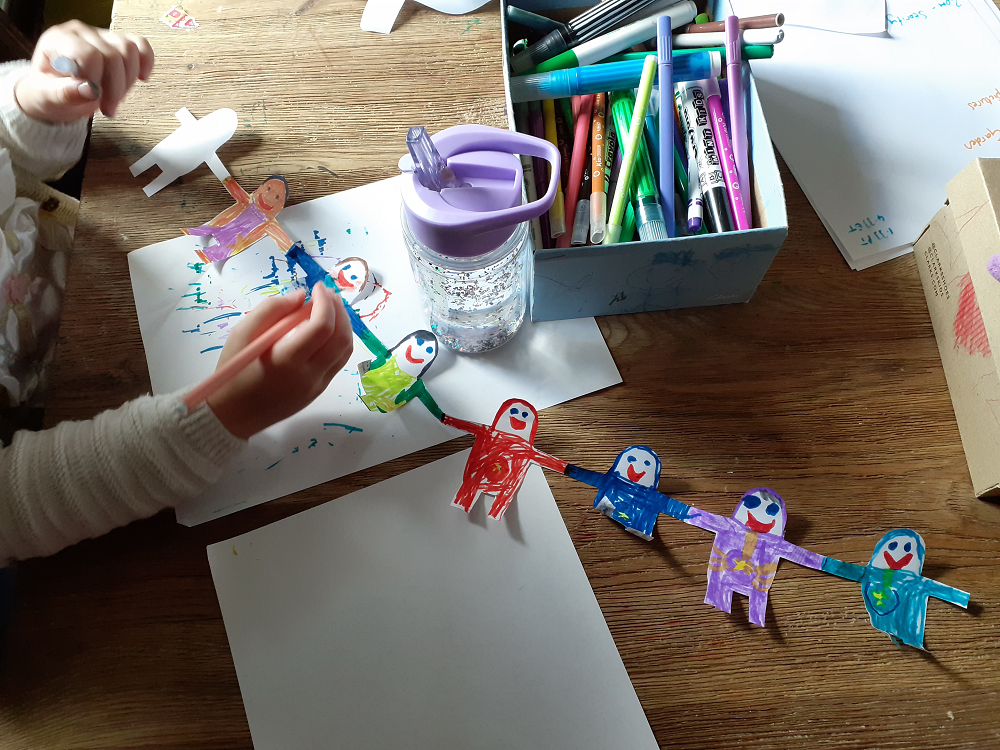 May 2020, the month when we reached the bottom of the children's sticker book pile. Even the previously spurned "boring" pages have been done. They've used stickers of ants and gloves and traffic lights, such was their desperation to adhere pictures to a page.

The two year old has covered many bits of paper in googly eyes.

The five year old has turned an Amazon box into a Vroomster for her collection of plushie Go Jetters (don't bother googling those things - it's a kids' TV show about historical landmarks you're not allowed to visit right now).

Scotland is into phase one of easing lockdown. I am wholly in support of Scotland's cautious approach, but phase one makes very little difference to my family. Places we can't get to without a car are open. We can meet up with another household outdoors, as long as we stay two metres away from them. Which means that we can't meet up with another household outdoors because I can't think of any way to stop the kids from cuddling their friends, short of zipping them into Zorb balls and rolling them around the playing field like enormous giggling marbles. Sadly, Zorb balls don't come cheap (I checked) and my two year old's new lockdown hobby is "growing out of my shoes within three weeks of Mummy spending a small fortune on them", so it's definitely not an option.

Truth be told, I'm meeting up with Emma one evening this week and I could do with a Zorb ball myself - the thing which will stop me from immediately hugging her is not fear of infection (I don't believe either of us has been anywhere we could have picked up germs) but fear of having to call the test and trace line and confess.

So, the biggest excitement we've had over the past two weeks is watching the postie to see if he'll come to our door. He's only done that once and he was delivering confirmation that my pension's not worth anywhere near as much as it was three months ago (which, you may recall, was not that much).

Last week, the four of us took part in a pretend Christmas Day organised by an online toddler group. May-ry Christmas, we don't know what day it is. We strung candy cane fairy lights above the sofa, dug out our elf T-shirts and ate from reindeer print plates. I even wrapped presents for the kids to open over breakfast.

We gave them sticker books, of course.