3 Ways We Tell Our Toddlers That Men Are More Important 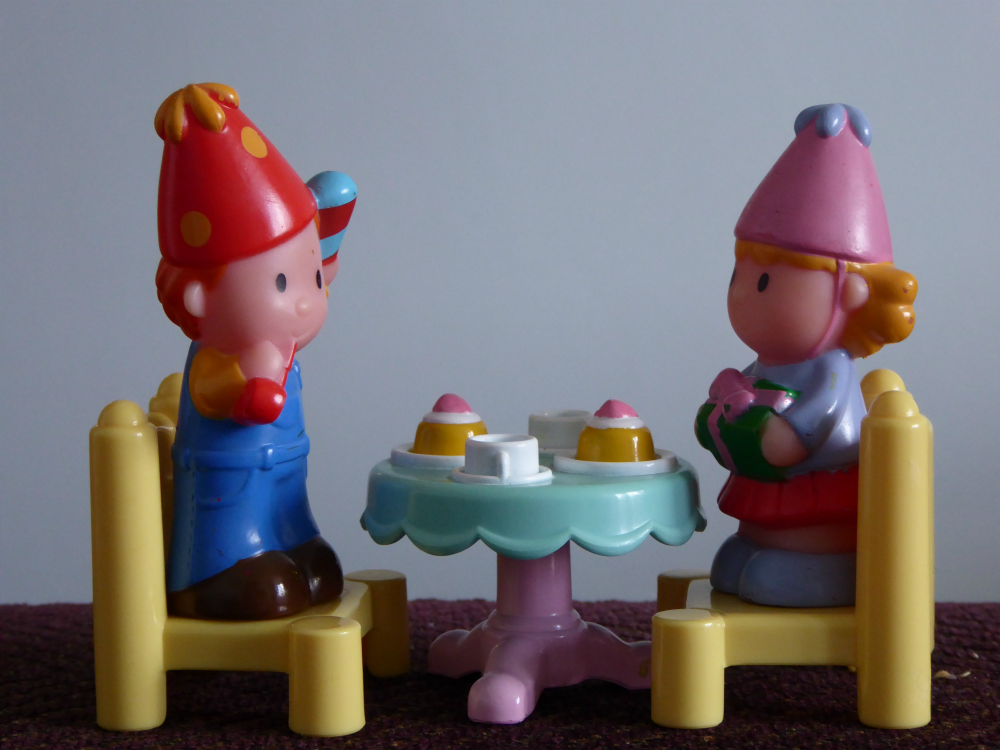 I imagine that anybody who reads my blog already believes that girls and boys are - and should be treated as - equal.

I mean, if you don't believe that, I'm not really sure why you're hanging around here. If you start a forum thread about how annoying my "PC gone mad" beliefs are, the other mums are all going to respond with: "Who?!"

So, I'm not going to do a great long preamble about how important it is to bolster girls' self worth or to help boys acknowledge their emotions.

But there are three things that I - ardent feminist that I am - have had to consciously train myself not to say to children. They're things most of my friends and family - parents and non-parents alike - have also had to unlearn.

But I'm asking you to question them now.

And let me tell you: it took a lot of effort for me to retrain my speech patterns; most of the non-parents I know are constantly slipping up and slapping their own hands. But the fact that these things are so ingrained that we struggle not to say them is - to me - evidence enough that it's time we made the effort.

Quite often, MM and I watch children rampaging past our house on their way to school and nursery. I always carefully referred to them as one big, non-gendered mass: "children". But, at around eighteen months, I realised that she was referring to them as "boys and girls".

I don't know where she learned this, but I wasn't happy about it. It might seem insignificant (and perhaps it is) but I didn't like the idea that she was learning to reference - and therefore consider - the male group ahead of the female.

So I switched from "children" to "girls and boys", in an attempt to counteract whatever other influences she was being exposed to.

When we played with obviously gendered figurines, I would talk about "the girl and the boy". It wasn't long before MM started preferring to keep the girl for herself and hand the boy to me, whereas previously it had been the other way around.

And when I need to use pronouns, I talk about "she and he", instead of the more standard "he and she".

"She and he" sounds weird at first, though, doesn't it? It's not what we're used to hearing. And it felt really weird to say it, too; I felt self-conscious bumping the females up the list. But, to me, that's all the more reason to do so.

Have you ever noticed that most people refer to all soft toys - bar the occasional kitten - as "he"?

Or that they love to prefix a noun with "Mister"? "Mister Spoon", "Mister Squirrel", "Mister Train"?

Or that every single animal in Dear Zoo (for example) is male?

I've mentioned this to so many people who have responded, "I don't do that!" Sometimes they're offended at the very suggestion. And then they play with MM for half an hour, call every toy monkey "he", catch themselves time and time and time again, and sheepishly admit that I'm right.

It's really, really hard not to do this.

But I think it's really, really important to try. Because male shouldn't be our default; if male is our default then, whenever people are imagining the ideal candidate for a sports team or job vacancy or research position or whatever, they're going to picture somebody male. It's an immediate disadvantage to the women, who may be equally qualified but have to work harder to prove it.

And, seriously, why does a spoon need a sex at all?!

As for Dear Zoo, I have plenty of issues with that book (not a responsible zoo; not a responsible pet owner; that lion cage comes apart far too easily at the hands of a toddler...), but no issue whatsoever with referring to all the animals as "it".

And speaking of correcting books, I have no issue whatsoever with reading "policeman" as "police officer", "fireman" as "firefighter", "spaceman" as "astronaut"... you get the picture.

So many books STILL use gendered versions of non-gendered job titles. I can't change the pictures to make (some of) the doctors female or (some of) the nurses male, but I can speak a different word aloud.

It's one tiny thing I can do to help combat stereotypes, to help my daughter believe that she can be an engineer or an architect or a scientist, if she so chooses; that her male friends can be teachers or hairdressers or stay at home parents.

And, yes, the part of me which is responsible for helping her to one day learn to read does resent that the words I'm speaking aloud are not the ones she's seeing on the page in front of her. But at least, by the time I have to say what's printed on the paper, she might be aware enough to wonder why the books are getting it wrong.


(Little did I know, when I drafted this, that it was going to end up being so topical. My one issue with the John Lewis unisex clothing announcement is that their labels still list boys first on the "boy" clothes and girls first on the "girl" clothes - I'd much rather everything just said "Kids" - but, otherwise, it probably goes without saying that I'm all for them ditching the gendered clothing aisles)

(And that I really want to read the Robert Webb book)

See also: Another big rant about gender stereotypes and children here and one about negative representations of fathers over here.