What's Your Favourite Question To Ask A Small Child? 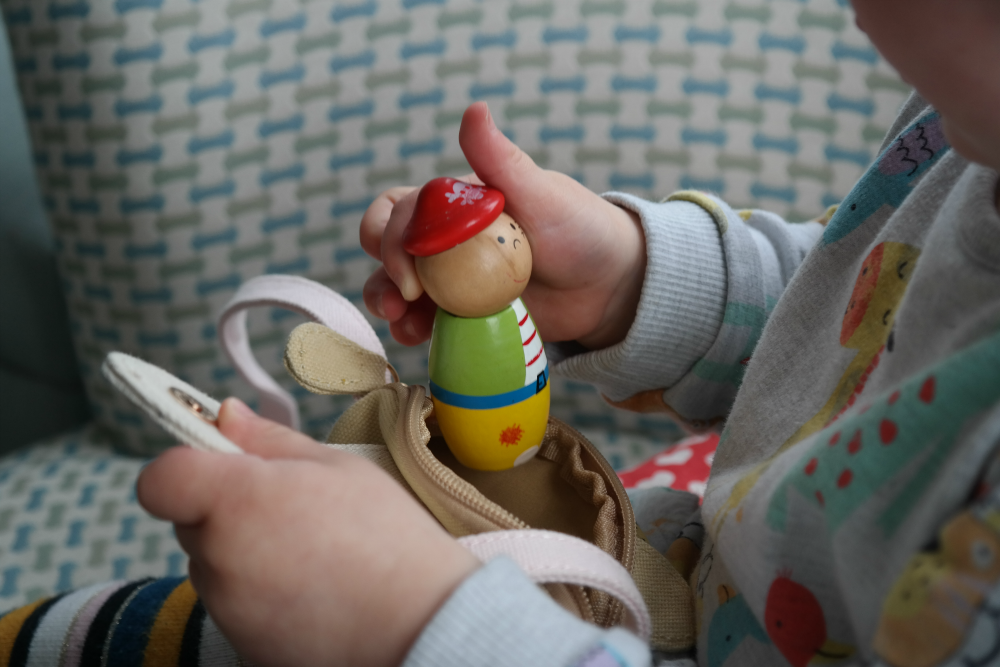 All of a sudden, people seem obsessed with what my toddler likes best.

But every time they ask her to name her favourite... anything... they're greeted with the same response: a confused silence, followed by a sudden breaking of eye contact and a request to play with her toys.

She doesn't have favourites. Why would she? Everything is interesting at the moment; everything is new.

Colours? Wow! There are such a lot of them! How many can you fit on one T-shirt? Because the more you're wearing, the better!

Books? Well, yes, she'll read a new book over and over and over again until she's memorised all the words and can explain the plot in detail, but it doesn't mean it's her favourite - it means it's new; it means it's something else to absorb. She has a frankly ridiculous amount of books on her shelves, plus a maxed out library card, and every single one gets a look in now and then; sometimes she likes old familiar picture books and sometimes she likes brand new stories, but she hasn't met a book she wouldn't read.

I don't get the fixation with asking small children to pick favourites.

Yes, obviously, they will like some things better than others - biscuits or broccoli? No contest.

And, yes, at about this age they start to realise that some of the shiny, new things are of less interest to them than others - in out house, for example, Andy's Dinosaur Adventures gets switched off the moment the theme tune starts.

And, yes, little kids have fixations - anyone who has ever made the mistake of letting their child know that (in our case) the dance sequences from Singin' In The Rain are available on YouTube or (our friends' case) Sarah and Duck is available on iPlayer, will know just how many times a toddler can watch the same three minutes of programming over and over and over again.

But I don't like small children being asked to pick one thing which is better than all others. I don't like them being encouraged to grade things from best to worst, to get into the habit of dividing the world into good and bad and best of all.

Oh, I get it, really. I get that it's just small talk. It's a standard thing to ask; it pops out of people's mouths, without thought. I'm sure I've asked it myself.

But who here hasn't felt put on the spot when asked what our favourite song was? When expected to choose from so many good tunes? When you have five songs you favour when you're feeling tired, ten when you're feeling bouncy, twenty when your heart is hurt?

Isn't it human nature to like lots of things, more or less equally?

So here's my suggestion: instead of phrasing the question "what's your favourite animal?" open it up a bit; ask "which animals do you like?"

Because a seven year old might give you a forty-five treatise on why tigers are The Best Animal EVER, but the best a two year old is going to give you is five words; the more animals you give them the chance to list, the more chatter you stand a chance of getting.

Or, in the case of my two year old, the more chance you stand of getting any chatter at all.
Email Post
Labels: parenting toddler 18-36 months