When It Comes to Parenting, Older Doesn't Always Mean Wiser 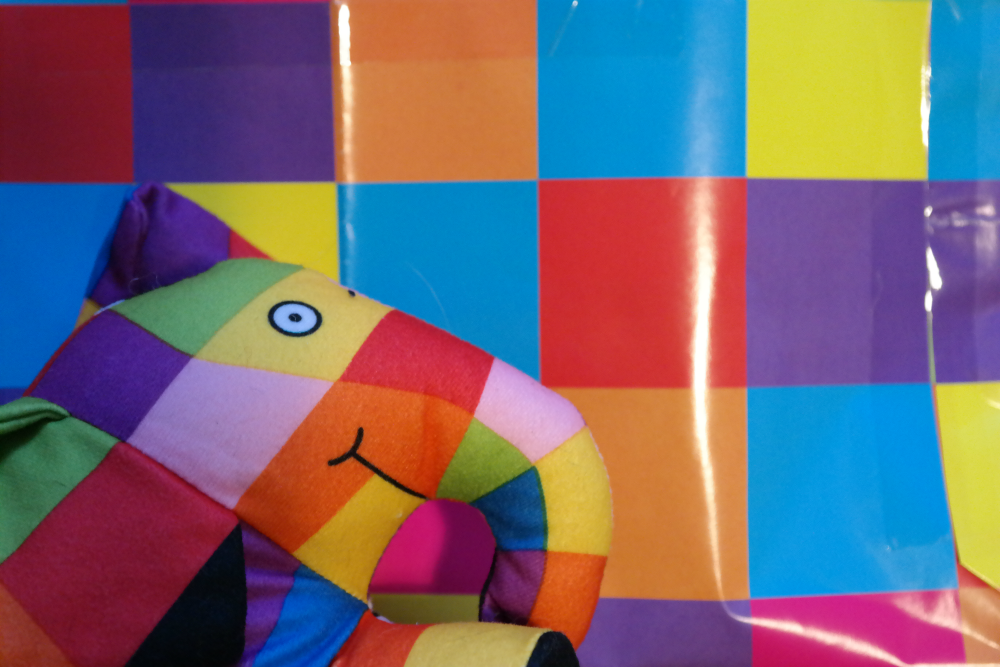 Over the past nineteen months, my daughter and I have toured most of the toddler groups within a three mile radius. Some (those which hand out tea and toast) are better than others (those with barely any toys) but only one frustrated me so much that I have ruled out going back.

Anyway, eventually, the viciously negative conversation turned to sleep. Because it always turns to sleep. All of these kids were "horrible" and "manipulative" and "refused to go to sleep" and the grown ups were united in their belief that "the only way to teach them" was to leave them to cry it out.

I disagree. But that's not what this story's about.

This story is about the grandmother who had taken great offence because her daughter refused to do it. "But what do I know?" the grandmother yelled. "I ONLY RAISED HER."

And here I am, getting to my point.

That there are so many grandparents out there dispensing well-intentioned but often dated advice. They don't know that when they tell their children to leave their babies to cry, to lay them on their fronts and to introduce solids at eight weeks, that they're directly contradicting the advice the NHS hands out; they forget that their children are new to parenting, scared of getting everything wrong, raised to have faith in their parents' opinions (even if they think they've outgrown that phase) and too tired to read the great big Ready Steady Baby book their community midwife gave them; that new parents will so often trust peer pressure over gut instinct and may regret it later.

Or perhaps they won't regret it later. That's not the point.

The point is that it's not the grandparents' place to get angry and offended if their kids consider taking a different path through parenthood.

My mum was here when the health visitor first came to meet my kid. She was so glad she was. She heard, first hand, the health visitor tell me that it's recommended parents cuddle their babies as much as possible, do skin to skin, hold them when they sleep - that it's creating a bond rather than bad habits. Not that my mum would have disagreed, necessarily, but she knew plenty of people who would do and it gave her the arguments she needed to defend my choices.

I had what I consider to be good parents. But there are things I choose to do differently from them.

My choices (Steve's and my choices, obviously, but I can only comment on my own family background) are not a criticism of my parents' (or his parents') choices - they're just different; they're based on newer research, newer evidence; they're a reflection of us having supportive people around who encourage us to trust our own instincts rather than pressure us to do things in the way they consider proper.

And I'm lucky because I have a mother who has told me, "I wish I had known all the things you know now, when you were a baby." She acknowledges that there are things she might have done differently and, should I ever become a grandmother, I hope that I'm as open to ideas which differ from the ones I currently hold as she is.

Gentle parenting - because, if we need a label, that's the one which best fits Steve's and my approach - sometimes gets attacked in the mainstream media. There are plenty of people out there angry that their own parenting choices aren't being validated by this particular ethos so they try to rip it to pieces; inaccurate descriptions are thrown around, portraying gentle parents as permissive idiots who let their kids run riot, smearing poop all over the swings. Meanwhile, I admit: I've seen plenty of gentle parents tear apart those parents who opt for controlled crying, reward charts and naughty chairs.

We're so keen to prove our own approach right, we're desperate to invalidate all others.

And here's what prompted this stream of consciousness: a little while ago, there was a meme going round Facebook, lots of people announcing that their parent/s "apparently abused" them, gave them the belt, force fed them, locked them in their rooms etc and they turned out okay so where do these hippies get off telling them their parent/s were crap when they clearly weren't because - look! - they've got jobs and THEY LOVE THEIR MUMS SO THEIR PARENT/S DID EVERYTHING RIGHT.

But, you know what? It's okay to think that there are things your parent/s could have done better AND TO STILL LOVE THEM.

It's okay to acknowledge that your parent/s were raising you in the best way they knew how, but that perhaps that way wasn't ideal.

It's okay to be the parent who would go back in time and change things (that feeling starts from the day you're sent home with a brand new kid to raise, doesn't it?).

It's not okay to state that because something did you no harm, it's impossible for it to have harmed anyone else - that's not the way people work.

It's not okay to be so scared of being wrong that you shame your child into repeating your mistakes.

And, simply, it's not okay to make your grown up child feel that the way they choose to raise their baby is anybody's business but their own.