The Daddies on the Bus Say Nothing of the Sort

(What could - and possibly should - have been four or five separate blog posts about feminist parenting, but there you go: I had a lot of things jangling around in my head when I wrote this) 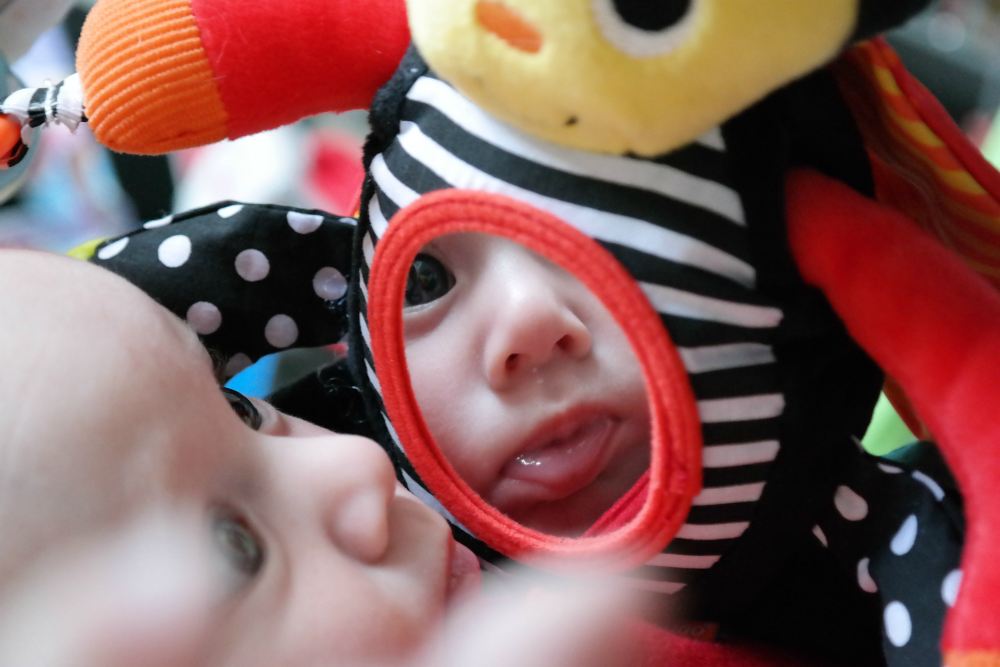 "She should have been a boy."

I hear this all the time. It's meant as a compliment: MM is so energetic; MM is so good at running; MM can climb almost anything just like a stereotypical boy.

It's nonsense, firstly, because experiment after experiment has shown that the difference in the average toddler boy's activity levels and the average toddler girl's activity levels are negligible. The marked difference between girls sitting pretty and boys tearing around madly doesn't kick in until they're older and more influenced by what society thinks is appropriate (when, if girls really must have energy, they're expected to expend it on graceful, contained forms of exercise like ballet and gymnastics and figure skating).

It's nonsense because although, yes, her physical exuberance fits male stereotypes, her love of books and cats and cuddling fits female ones. Clambering on the furniture "like a boy" doesn't override the rest of her personality; "boy" traits are not of more significance than "girl" ones.

And it's dangerous nonsense because she overhears people saying this. I don't want my daughter, at thirteen months old, to feel that she's doing something abnormal or inappropriate by having fun on the climbing frame; I don't want her thinking her personality is inherently wrong for her body (although if she feels that way when she's older, we'll try to take it in our stride). I want her to enjoy being her, free from gender-related hang ups.

Obviously I knew, before having a child, that the world is full of gender-related stereotypes; I knew that, regardless of whether my child was male or female, I would be trying to drown out all the messages about "normal" male and female behaviour.

I didn't realise just how loud those messages are in the very early years, though.

Yes, I knew that baby girl clothes tend to be too pale for mud, too flimsy for cold weather and too flouncy for crawling and climbing in and, yes, that frustrated me, but I shopped around for bright colours and practical styles and figured that was that.

Again and again, people gasped when I told them the baby in the stripy green pramsuit was a girl. Bold colours are for boys, they told me; little girls wear pastels. One man gasped in horror when I told him the baby in the (pastel) blue babygrow was a girl, whilst his tiny daughter toddled beside him, dressed in fur trimmed thigh high boots and a leopard print miniskirt (hooker couture is fine for female infants; wearing blue is not).

Every baby group I took MM to sang a slightly different version of The Wheels on the Bus but I was irked by how many included verses about mummies gossiping and enraged by how many included verses about daddies snapping at children to "stop that noise!" I would turn MM away from the group and keep my mouth closed during those verses but I only once dared to question the lyrics aloud.

Steve, who had previously listened to my feminist critique of toddler activities with a patient smile, was horrified when he took MM to a toddler group for the first time, only to be told, "Just make sure none of the boys run out of the room. At least you won't have that problem with your daughter, ha ha ha!"

I have never wanted to teach MM that there is a big difference between boys and girls. With this in mind, I planned to use gender neutral terms - to call her a "kid" or a "child" or a "baby" or a "toddler" rather than a "girl" - not because being a girl is in any way shameful but because, the more we emphasise boys and girls being separate groups, the more we look for ways of distinguishing them.

Despite this, I've said "good girl" so many times (and I'm not keen on piling on the praise, either...) that MM now says it herself.

And when I talk about other children to MM as "this child" instead of "this girl" or "this boy", they look at me like I'm mad.

I don't have a problem with my child watching TV some of the time. Specifically CBeebies, which doesn't have adverts and which does have an educational emphasis; I think a lot of their baby and toddler shows are brilliant.

But at weekends and after school hours, when they show programmes with slightly more complicated plots than "some birds sat on a rollerskate", things become shakier.

There are great shows. There's Jamillah and Aladdin; there's Katie Morag; there's Messy Goes to Okido. But there are also cartoons (always cartoons) which are clearly aimed at one sex or the other and which lean heavily on outdated stereotypes. The boy shows with their token tutting girl characters are bad, but the girl shows are even worse.

Tilly and Friends is about a prissy little girl who acts as the patient but gently disapproving mother to a bunch of chaotic animals; she makes them sandwiches, coaxes them to play nicely and is surprised when somebody suggests she could grow up to be a doctor ("Me?!").

Kate and Mim-Mim is about a wonderfully active girl who imagines that she and her toy rabbit go on adventures (so far so good) with a bunch of clever male creatures and just the one ditsy pink female one (of course the female one is pink; pink is Kate's favourite colour).

Everything's Rosie is about a girlie girl with ribbons for hair who teaches her rabbit flatmate to wash dishes, takes advice from two wise old men (one bear; one tree), and helps her friends (one angelic toddler girl; one badly behaved older boy; a bird; and an iguana) to be happier by being nice to them.

I don't want to be policing my child's TV consumption as she gets older; I hope I can encourage her to switch off and go outdoors a lot of the time, but I don't want to do that by telling her the shows she likes are bad and she's not allowed to watch them. I want her to feel confident of her own tastes and choices.

I don't ever want to tell MM what she should and should not like. That is not my decision to make.

A friend with similar attitudes and a similarly aged daughter and I have discussed this a lot. We want to offer our daughters options beyond pink frills and baby dolls, but we have both found it hard not to go too far in the opposite direction.

Our daughters have toy cars and trikes; we are pleased that they have access to traditionally "boy" toys, should they want to play with them (and they do). "Boy" toys teach them important skills like spatial awareness and balance and perseverance.

I believe all children should have access to the full range of play options (except, ideally, the ones which idealise war and size zero figures) and to all the colours of the rainbow; I believe they should be able to make their own choices about what interests them (and if my daughter likes pink and dolls and nail varnish, no problem).

But I have to remind myself of that when I'm shopping for her. Not making her life "too girlie" doesn't have to mean "not making it girlie at all".

There isn't a conclusion to this post; I'm not going anywhere specific with it; it's a stream of thoughts.
Email Post
Labels: baby 0-18 months parenting words