The 35 Best Books on My Kindle 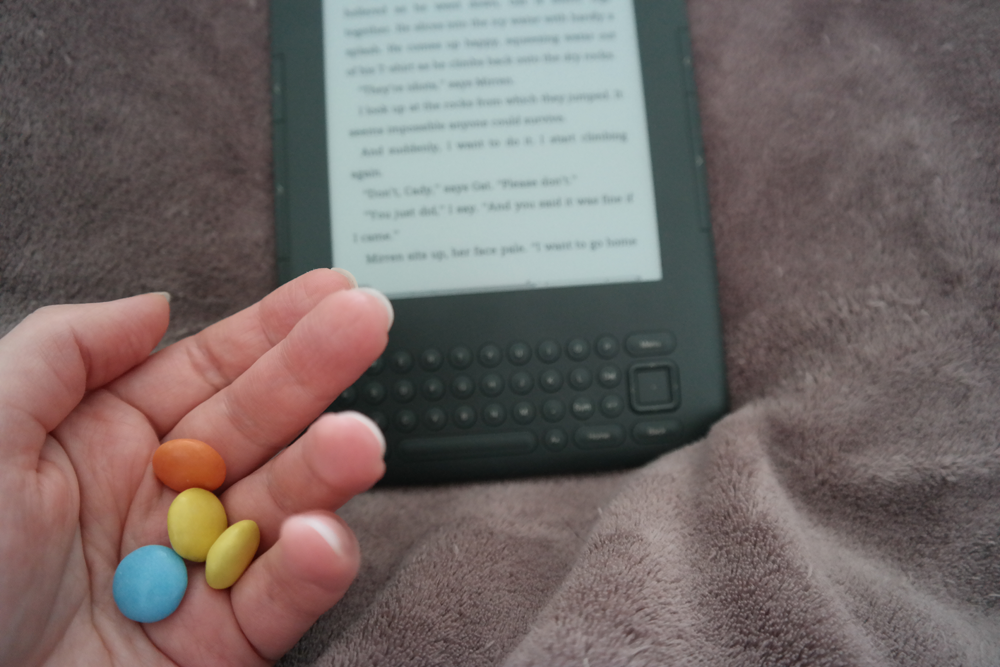 I don't have a witty and/or rambling introduction to this one. It's purely the 35 books in my Kindle "Favourites" folder, in case anybody's looking for any recommendations.

I've put YA and non-fiction into separate lists as I know some of you either love or hate them.

When a troubled, talented woman goes missing, it's down to her teenage daughter to find out what happened.

The Secret Keeper - Kate Morton
In 2011, an actress tries to figure out the crime she witnessed as a teenager - a crime tied to wartime secrets.

The Wilderness - Samantha Harvey
Following a man's descent into Alzheimer's. An incredible book.

Instructions for a Heatwave - Maggie O'Farrell
Three adult siblings attempt to find out what has become of their missing father.

The Woman in White - Wilkie Collins
A sinister romance mystery from 1859.

Room - Emma Donoghue
The terrifying story of a five year boy and his mother trying to escape from the room where they are being held prisoner.

We Are All Completely Beside Ourselves - Karen Joy Fowler
Incredible story of two sisters... I really can't say much more without giving everything away.

The Versions of Us - Laura Barnett
Following two people through three possible versions of their lives - are they fated to be together?

Dept. of Speculation - Jenny Offill
The story of a relationship. Slim and powerful.

The Lover's Dictionary - David Levithan
Another slim, powerful story of a relationship. Do I have a type?!

Love Minus Eighty - Will McIntosh
Set in a future world where dead, pretty women are kept on ice until rich men want to buy and revive them.

Landline - Rainbow Rowell
When a woman's landline phone starts connecting to the past, she has to wonder whether it's magical or she's going mad.

Never Let Me Go - Kazuo Ishiguro
Former pupils of a very strange school attempt to navigate relationships and build lives for themselves, knowing that they will be short lived.

Gone Girl - Gillian Flynn
When a woman goes missing, suspicion falls on her husband. But did he really do it?

The Girl With Glass Feet - Ali Shaw
The gorgeous story of a girl returning to the desolate island where she began to transform into glass.

Memoirs of an Imaginary Friend - Matthew Green
When a young boy finds himself in an awful situation, his imaginary friend realises he is the only person who can help.

Beautiful Ruins - Jess Walter
An elderly man turns up at a Hollywood studio trying to find the woman he fell in love with several decades earlier.

A Visit From the Goon Squad - Jennifer Egan
Revolving around a record producer and the woman he employs (but not a romance), I don't even know where to begin describing this.

The News Where You Are - Catherine O'Flynn
The very funny story of a regional TV presenter fixated on his predecessor's death and bonding with his daughter.

The Tiny Wife - Andrew Kaufman
Then, if you liked it, read this one, too. They're too weird to sum up in a sentence.

This Is Where I Leave You - Jonathan Tropper
The funny, sad tale of a man whose life is falling apart and who now has to sit Shiva beside his screwed up siblings.

Wonder - R.J. Palacio
A 10 year old boy with a facial abnormality starts school and tries to convince the other children he's just like them.


Paper Towns - John Green
When a teenage boy's super-cool crush goes missing, he sets out to find her (and inadvertently finds a bit of himself).

Adorkable - Sarra Manning
A wildly successful blogger who is not afraid to stand out from the crowd is surprised to find herself hitting it off with the school golden boy.

Anna and the French Kiss - Stephanie Perkins
A teenage girl is sent to boarding school in Paris where she finds out whether it really is the city of romance.

How to Build a Girl - Caitlin Moran
A young music lover sets out to be cool, edgy... and liked by hot men.

We Can Be Heroes - Catherine Bruton
Dealing with racism, bereavement, mental health issues and so much more, all through the eyes of a young boy. Surprisingly funny, incredibly moving.

30 Days of Rewilding - Lucy AitkenRead
Encouraging families to get outdoors and reconnect with nature.

Keep Moving - Dick van Dyke
Dick van Dyke explains how he has managed to still be dancing at 89.

The Examined Life: How We Lose and Find Ourselves - Stephen Grosz
A psychoanalyst describes some of the most common behaviours presented by his patients.

One thing I realised, compiling this list, was that it's several years since I read some of these books and I really don't remember much about them. I'm considering doing a bit of a project next year to re-read some of my old favourites - anybody care to join me?

And, as ever, please share your favourites with me!