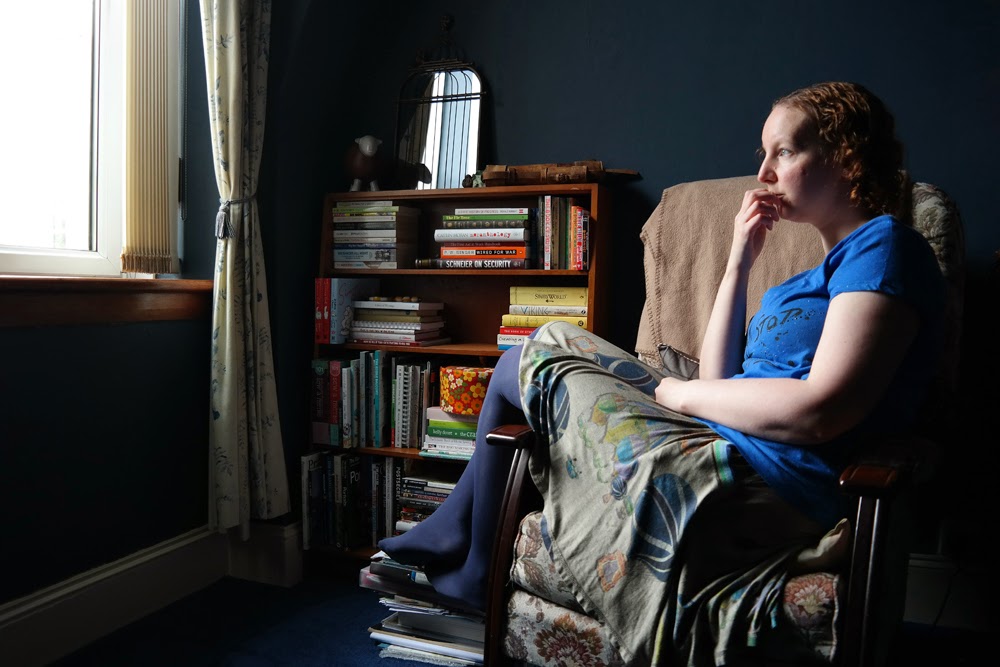 When I was pregnant, I had all of these parenting ideals - I was going to breastfeed for the first six months (I lasted less than a week); we would use cloth nappies (we still haven't bought any); we would leave the house every single day (six days out of seven isn't bad). And my baby would not watch TV.

The plan was not that my child would never watch TV ever in her (or potentially his) life. TV has its place. But I did not want her to be a little primary coloured zombie, paused in front of bad cartoons (have you ever scrolled through the kids section on Netflix? It goes: princess; ninja; princess pony; ninja turtles; Fireman Sam; princess; ninja); I wanted her to be digging in the garden and running around the playpark and exploring the wilderness and curling up with good books. Engaging with the world and engaging her brain. I didn't want TV to become a habit.

And, for the first four and a half months, it was an easy enough ideal to stick to. Because we had no TV signal.

Our aerial broke last December. My hips had also just given out so, on the one hand, I was at home all the time and could have called an engineer but, on the other, I was in so much pain I couldn't face any more strangers than I absolutely had to.

And I didn't absolutely have to have TV.

And then my baby was born and I was in too much of a daze to organise anything.

In fact, I have only missed TV twice in all this time: over Christmas when I wanted to watch the traditional glut of movies; and Eurovision (which is more about the party, anyway). Steve doesn't seem to have missed it at all. Watching live TV in the evenings is a no go as MM will most likely wake up at a crucial point in the plot and the few shows we don't want to miss are available on catch up.

And I love how quiet our flat is during the day. It feels calm and I feel calm and MM seems calm and I wonder how much that's all connected. I do believe it's important to keep up the normal daytime noises while the baby is napping but I don't think it's important for the normal daytime noises to include a constant tinny TV backdrop; all those jingles and voices and whizz bang cartoon sounds would have me on edge.

But we're at a stage now where our baby is dropping naps. There's a lot more day in which to entertain her and, honestly, there are times when I'm out of ideas. There are times when I just want to bung the telly on for ten minutes while I make myself a restorative cup of tea and eat a biscuit.

So MM and I took a walk to Curry's and bought an ex-display Freesat box. And yesterday two very nice men came and installed our dish.

We have live TV again.

She can watch arts and crafts shows and listen to cartoon characters sing the alphabet (although where on earth is Sesame Street?! For shame, British TV companies, expecting us to raise our kids without Elmo's input). I can watch old black and white movies on rainy days. Steve can... I don't know... he used to watch a lot of The Big Bang Theory before it got so rubbish...?

But I've got to tell you: when you've just done nine months without TV signal and you flick through the channels for the first time? It seems like there's nothing decent on.